The Codeless Conduct Hackathon has ended and was a huge success for the DXdao community. The Hackathon, which ran from 23rd of February to the 11th of March, drew in an enormous crowd of over 1200 participants that submitted over 620 projects. The closing ceremony was held on the 12th of March and DXdao, as a sponsor, was represented by Chris Powers.

For those unfamiliar with the Codeless Conduct Hackathon, this was a first-of-its-kind hackathon that did not involve coding and was aimed at drawing in and engaging a non-technical crowd. Codeless Conduct hosted this hackathon in conjunction with Gitcoin and had participants “hack” on everything from memes to marketing strategies to videos. DXdao governance passed a proposal for a $3k Codeless Hackathon sponsorship. As part of this sponsorship, DXdao offered three bounties:

A small example of the memes 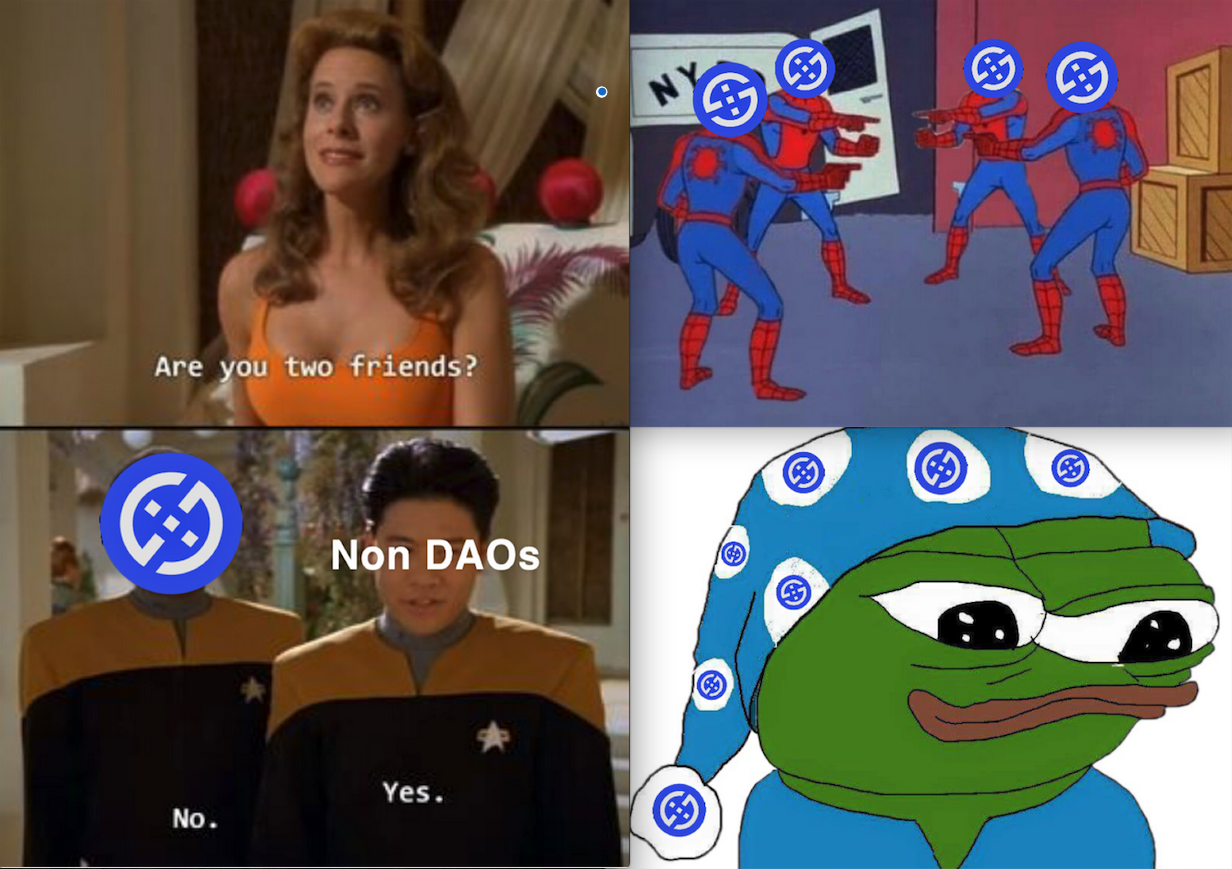 The winning contestant came up with an interesting suggestion for an enhanced tokenomics design, introducing a multi-token model.

The Codeless Conduct Hackathon was a great opportunity for DXdao to garner additional exposure and awareness within the DAO space, and more specifically within the non-technical web3 community.

As DXdao contributor Chris Powers said during the closing ceremony: “It was great to engage with people from all over the world. Sometimes web3 can feel like this big anonymous community, but working directly with the hackers and experiencing their views on decentralization and DXdao makes web3 feel more personal”