You can find a recording of the presentation here, read through the whole presentation yourself here, or you can dive into some of the important slides in this thread. This DAOtalk post is heavily paraphrased and condensed, I would highly suggest viewing the presentation in its entirety above. Lets hop into it! 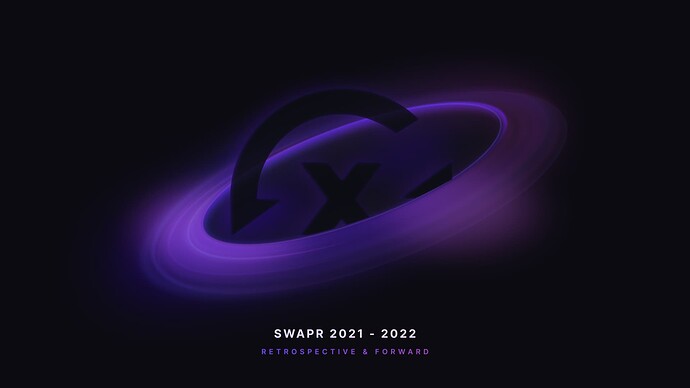 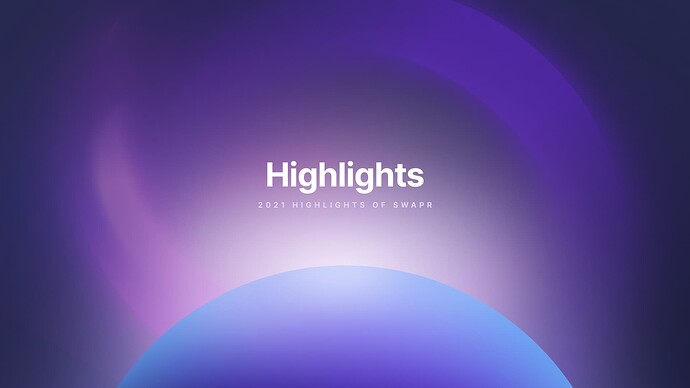 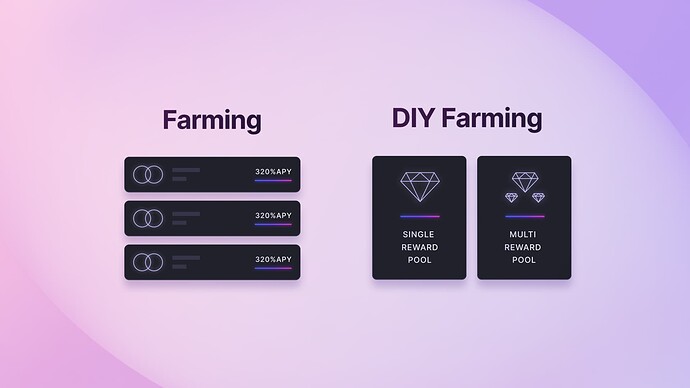 Early on, the Swapr squad added farming and the DIY farming interface. This granted anyone permissionless access to the creation of farming campaigns on Swapr deployments, including multi-rewards, campaign locks, stake caps, and more. As a result of the granted agency and accessibility, Swapr has positioned itself as a competitive platform for emerging projects to establish their primary liquidity pair. 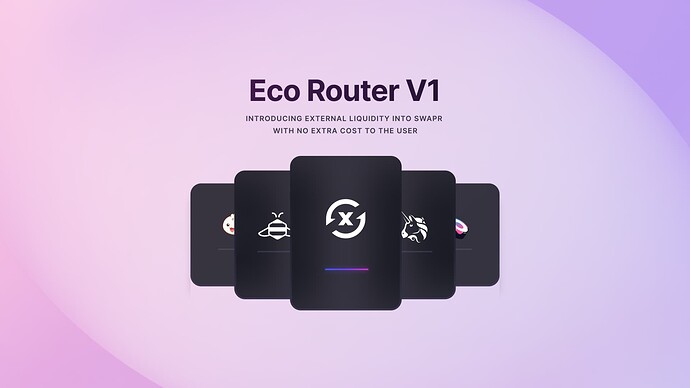 The Swapr Eco Router introduces liquidity from other established DEX’s at no additional fee. This was important to the Swapr squad as they wanted users to not have to leave Swapr when looking to trade. By aggregating externally, users can access Swapr’s safe and decentralized front-end, while ensuring they are receiving the best possible price on their trade. 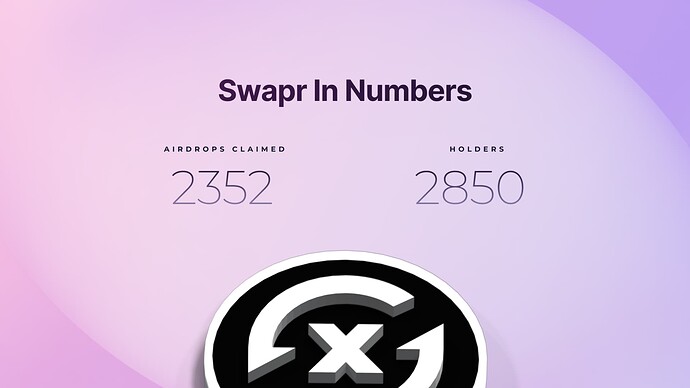 2352 unique addresses claimed the SWPR airdrop on Arbitrum. Today there are 2850 holders and counting. 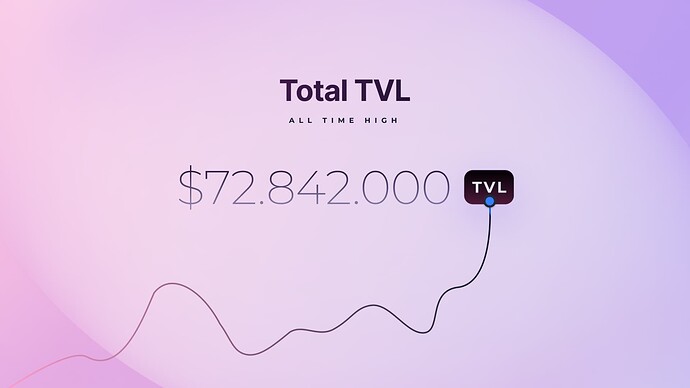 The Swapr protocol reached a new milestone alongside the Arbitrum launch, including breaching $70m in TVL. 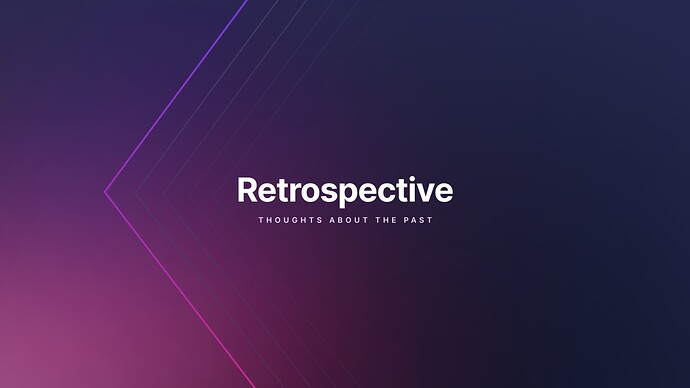 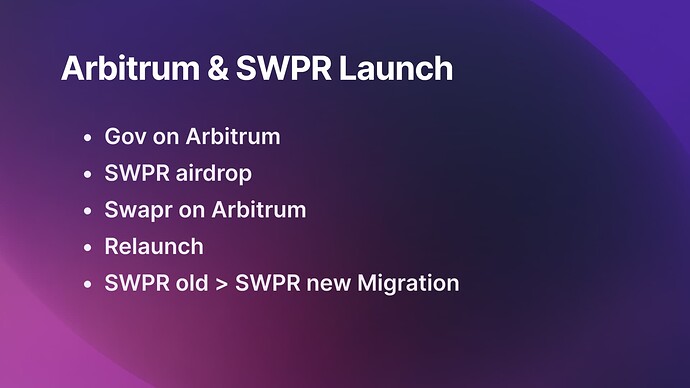 SWPR token launched and was airdropped on the Arbitrum network right at the launch of the network. Unfortunately, a relaunch of the token was required as a result of a misconfiguration in the DXdao governance framework on Abritrum. This made it impossible to launch Swapr farming campaigns or manage the Swapr protocol fee. Luckily the relaunch went smoothly, and community members easily (and cheaply!) were able to convert their old SWPR to shiny new SWPR. 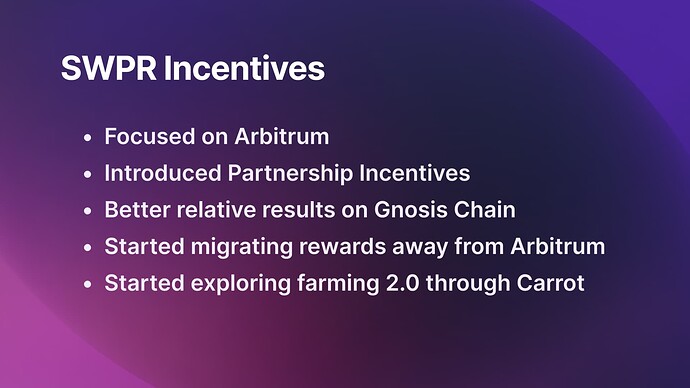 After some time, it was clear that Gnosis Chain was procuring stronger results relative to other emissions. As a result, issuance shifted gradually to GC from Ethereum and Arbitrum. Around the same time, the squad started to explore what Carrot could do to protect the protocol and distribute greater rewards if conditions were met. 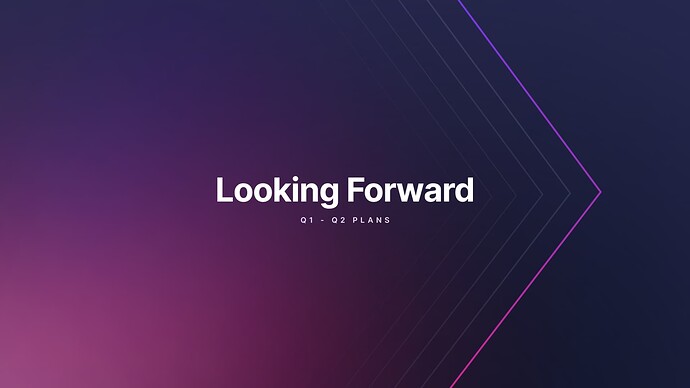 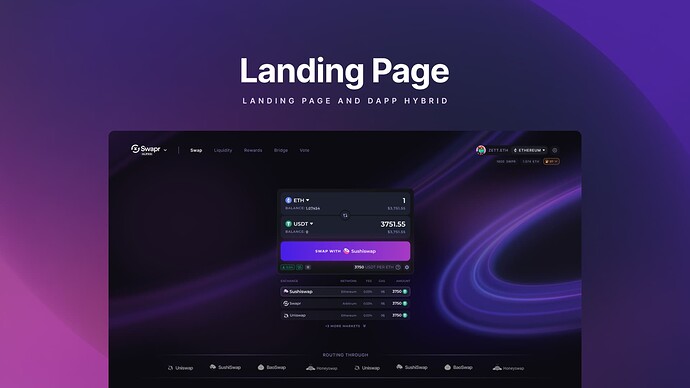 The Swapr Squad wanted a landing page, but identified frustrations with separate pages. After much thought, the final result is the Swapr dapp with landing page properties built in. In the end, new and old users alike should have a deeper information resource build directly into the front-end. This updated page is live as of Beta V11. 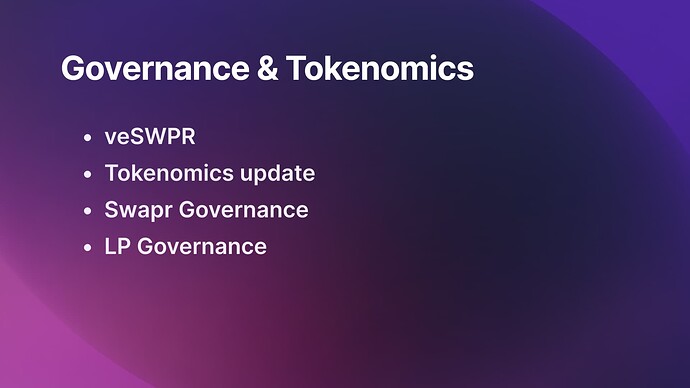 There is a great community interest to explore different tokenomics models for the SWPR token and its governance facets. This involves veSWPR, which could foster long-term decision-making and commitment to the Swapr protocol. Additionally, SWPR token governance and LP governance are important upcoming governance initiatives, ensuring SWPR holders can govern the protocol and LPs can govern their individual pools. 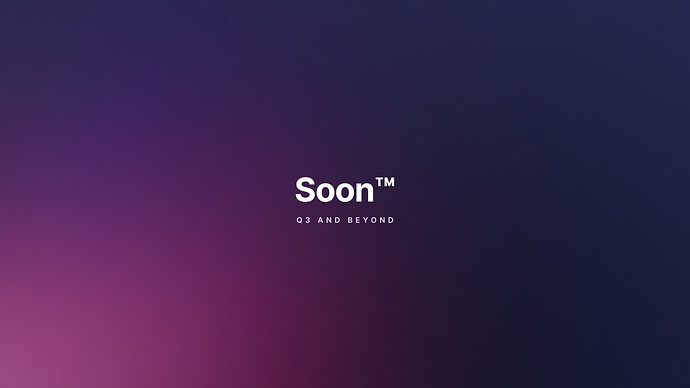 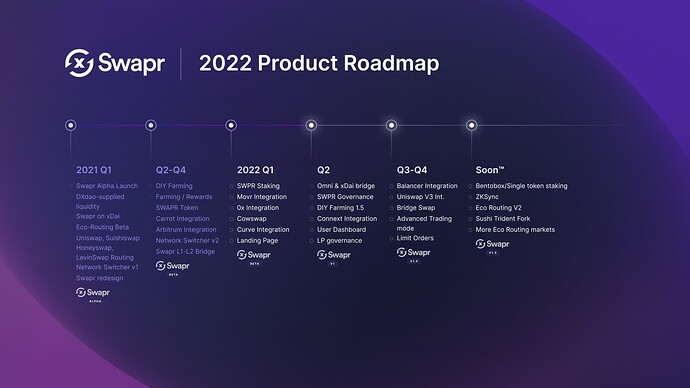 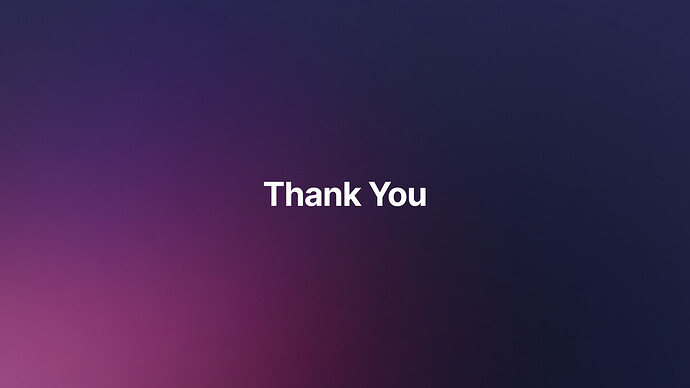