The idea for the experiment came together and was proposed at the start of April 2022: Proposal Draft: Carrot Awareness Activation During ETH week in Amsterdam (April 18-24, 2022)

After discussion and refinement, the proposal to approve and fund the campaign passed on April 14th 2022: Proposal: Carrot Awareness Activation During ETH week in Amsterdam (April 18-25, 2022)

Setting up the Campaign

There were quite a few moving parts to put together this campaign.

To help create a “recipe” and timeline for future campaigns, here’s an overview most of the steps along the way:

(I am sure I am missing some, so can add more as these come up)

Alongside the campaign, we had opportunities to present the campaign and Carrot in Amsterdam.

Additionally, I presented the topic and campaign during Schelling Point Amsterdam and you can watch the video here: How DAOs Can Use KPI Based Community Incentive Tools - Sky Minert

One cool comment from an online viewer to note was: 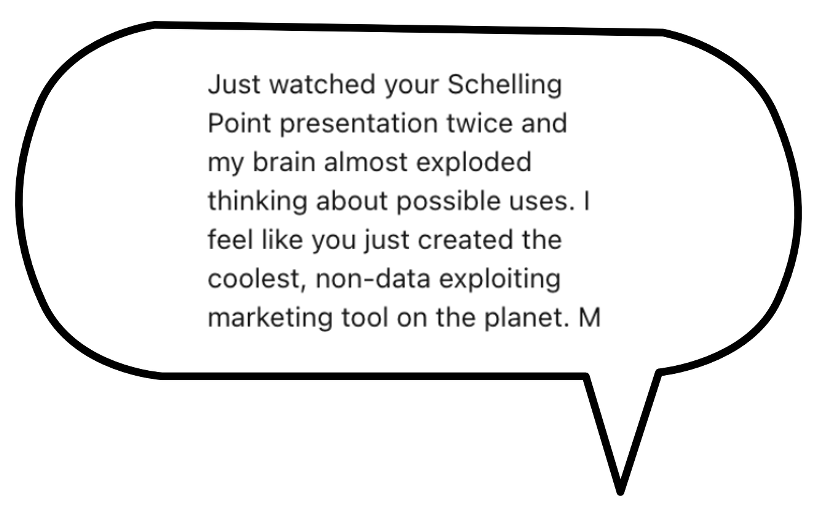 DXdao contributors also got the opportunity to speak to pretty much anyone about the campaign. Special shoutout goes out to Nathan for really spreading the word to many with no-fear. I only wish he received the opportunity to present it to Vitalik!

This type of in-person Carrot campaign is an awesome way to engage with new people. Handing out physical flyers about the campaign with QR codes to claim the Carrot tokens was an overall positive experience. The interaction gives a chance to take a few minutes of a person’s time to talk about the campaign, what it is, how it works, and next steps while also talking about Carrot and DXdao in general.

Look of the Carrot handout: 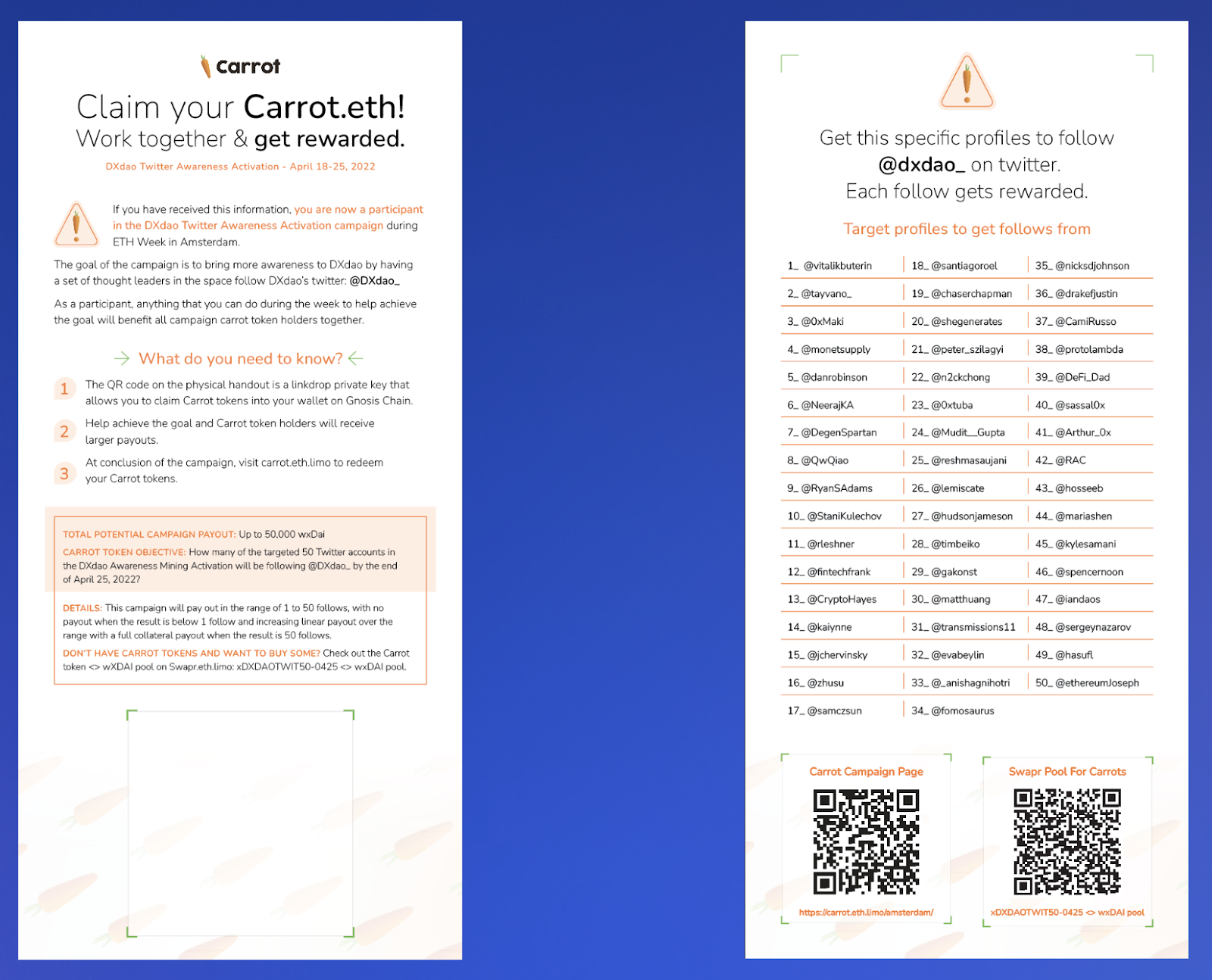 The campaign is not super easy for some to understand quickly. For those of us that are very familiar with Carrot (and the campaign), it seems relatively simple. However, for someone learning about the entire idea for the first time live, it can take some time to settle in. This type of tool hasn’t really existed.

This specific target goal for this campaign had some headwinds.

We heard from many people that learned about the campaign that they knew people on the target list and COULD ask them to follow DXdao. However, this would take effort and maybe even use a favor, and that likely caused many to not take an action.

If we categorize the campaign as “not too successful” in terms of results, because Carrot was used, the cost to DXdao is proportional to this. DXdao will only end up paying out a maximum of $5,000. If no more participants claim their Carrots, then this cost will be reduced to $667.

Free-loader Question → A common question some people had was about free-loaders, “what if I do all the work and no one else does? Should I get more of the reward?”

This is a valid topic and we may see this in Defi mining as well.

What other campaigns could be run with Carrot?

A few things to keep in mind:

It would be great for the community to start proposing ideas that could be tried during ETHCC week in Paris! Feel free to share in this thread.

For any of these topics:

it would be great for people to share their thoughts as well here in this thread.