TL;DR- Proposal is to fund a team supporting the development of Elision Network- A project aligned with Augur’s ideals of decentralized prediction markets and oracle design. Core changes are a parimutuel trading mechanism to solve for liquidity and an l1-substrate deployment to solve for gas prices. REP holders to be rewarded with upwards price pressure from preferred LSN coin allocation.

Decentralized prediction markets make a lot of sense. Not only does the blockchain perfectly succeed legacy operational requirements, but decentralization also reinforces the truer forecasting potential of prediction markets. It’s a primetime use-case that’s a great asset to the public.

Augur delivered on this premise, bringing the idea of decentralized finance into reality. A trustless platform was built that allows anybody to create and trade on markets, backed by a fair, decentralized oracle system. 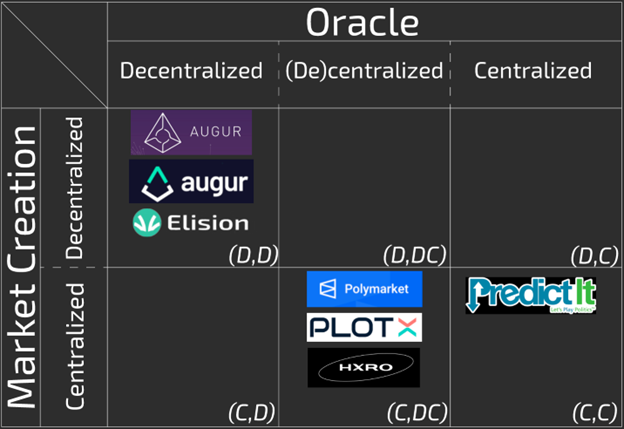 Some may describe Augur as composed of 2 parts: The oracle, and the trading mechanism.

Augur’s Oracle is arguable the more complex of the two and is production-tested with more than $5 million in markets processed. It’s generalized enough to be used for almost any market type and has mostly resolved in a reasonably-timely manner. It’s basically homerun in decentralization.
Elision recognizes this and follows in the footsteps of the (D,D) block leader to employ a non-iterative adaptation of Augur’s Oracle design. Some PMF realignments are possible but out-of-scope for the initial mainnet launch.

Augur’s “token-pairs” trading design works and is academically backed. However, decentralization introduces complexities: Refunds are risky, and organic liquidity is difficult to attract. 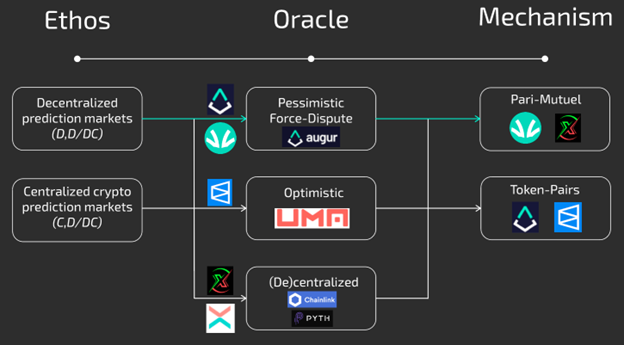 The parimutuel trading mechanism does not need counterparties/liquidity for the regular trading function. Traders deposit funds into buckets that are pro-rata distributed from losers to winners. This has the additional benefit of always providing face-value refunds for wagers, solving the refund risk.

Elision is an iteration on the trading mechanism that keeps the foundational Ethos and Oracle design of Augur.

We’re on the same team. Parimutuel is worth a shot.

How will REP holders be rewarded?

Solving for gas prices means that decentralized operations will be done with a new coin (LSN) on a new network (Polkadot-esque substrate L1).

To create a rewards structure for the DAO, the following setup is proposed and subject to iteration:

The swaps are entirely optional and benefit all REP holders. This setup creates an environment where those that look to buy LSN will first try to purchase it at a discount through REP- creating upwards pressure on the REP price.

Decentralized prediction markets deserve to be attempted until they succeed. It is a use-case which will eventually gain mainstream adoption, and then we all win.

I don’t ask for the entire treasury. Augur should fund multiple projects within it’s (D,D) block off the back of its past success. I only ask to be one of the irons in the fire. Let’s build this together.

Considering the DAO has yet to launch, this proposal is meant for good-faith discussion. Elision has a website, twitter, discord, medium. This is not a promotion, it’s to show that we have are primed and ready to go. Just need more brains and some fuel.