What is shield mining?
Per Nexus Mutual community call on 24 September shield mining is an initiative that allows Nexus Mutual members to stake (on top of earning a proportional award for the amount of total cover purchased) and receive a promotional reward denominated in the native tokens of the partner projects. You can learn more by reading Nexus Mutual’s medium post. 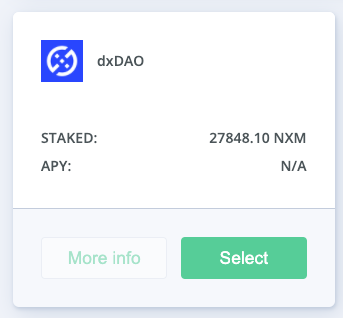 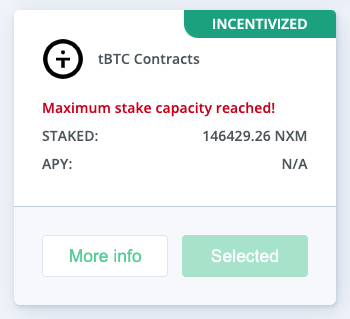 The tBTC shield mining initiative, 24 hours after being announced, reached the maximum stake capacity. KEEP protocol put up 750K tokens (~one million USD value at time of release) to incentivize mutual members to stake cover on their contracts.

I’m not sure how many dxDAO members are also Nexus Mutual members and would like to explore whether a similar partnership could be beneficial for dxDAO. There is also the option–I believe–for dxDAO to formally become a mutual member in order to sell cover. Also shield mining initiative is possible without dxDAO every becoming a member.

The idea of smart contract cover is to externalize the risk of loss to funds from protocol hacks. 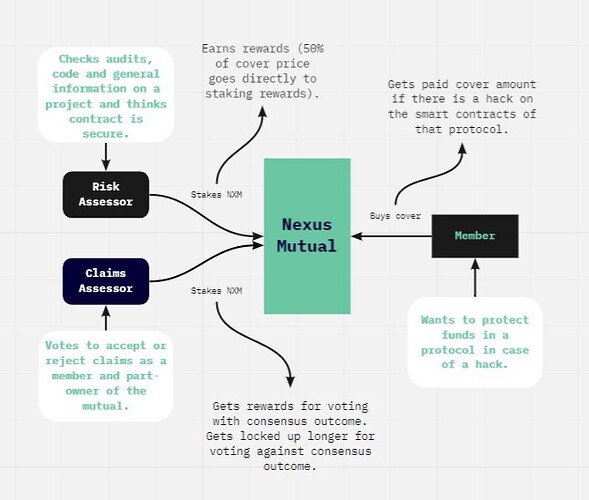 Unlike with Opyn that uses binary options where claims can be made whenever there is a price disparity between the oTokens and the price of the asset, Nexus Mutual claims have to be voted on and verified by assessors, thus not all potential losses will be covered.

The first question then would be to look at what attack vector(s) present the highest amount of risk, and what type of premiums need to be paid in order to provide cover for those potential loses. While not an AMM in the sense of a swapping DEX, with Nexus Mutual there is an upper limit on the amount of cover that can be purchased proportional to the amount of Nexus Mutual members are willing to assess risk and stake on a particular contract. In other words any contract, whether deemed risky or un-risky, will in theory reach equilibrium between cover cost and premiums paid out for staking.

An overview of the Nexus Mutual Staking ecosystem from Nexustracker.io also shows how people interacting with other protocols are trying to manage risk.

Screen Shot 2020-09-29 at 2.22.21 PM2003×802 74 KB
It’s a bit of a simplification but for these purposes we can say that the larger amount staked on a contract that greater ‘perceived’ risk of interacting with said contract and that this perceived risk correlates to actual reward for the stakers in the from of higher estimated APY.

When people (hopefully) think of dxDAO they think of the burgeoning ecosystem of Dapps (e.g. Mesa, Omen, dxSwap, MIX) and so this could potentially be confusing to someone wanting to buy cover, or stake. Right now anyone buying cover for this contract will have no claim for losses on any of the dxDAO products

Also, someone please help clarify for me, I don’t know understand if this 0x519b7005 is just the multisig Treasury wallet, or if it’s also the bonding curve. We need clarification about what claims would potentially be covered. It seems to me that a hack to the multisig contract would be covered but if something went wrong with the bonding curve those claims might not be approved.

Rewarding Nexus Mutual members who stake on dxDAO contract(s) could be a great way to attract more dxDAO holders. Additionally it wouldn’t be too hard to later invite them to make rep proposals (a similar offer made to Gitcoin grant donors earlier this year).

In terms of getting cover for dxDAO contracts this is not as straight forward. There have been only 8 covers bought on dxDAO. Interestingly, 7 of those covers were bought on September 14th, only last until October 14th, and they were all 100+ ETH covers! If someone is planning on hacking dxDAO and then simultaneously claiming the insurance they didn’t complete the hack in time!

The first step would be to determine which contracts dxDAO actually wants to cover (also believe we can talk with Nexus Mutual and get cover for a ‘suite’ of contracts.

Then would need to determine if there is actually much risk. Maybe the contracts have been audited and we don’t see enough risk to incentivize having them covered with a shield mining initiative. Conversely, if we deem that our contracts are super safe then dxDAO could stake on those contracts via Nexus Mutual and earn 50% of the premium on whoever buys cover for said contracts.

Upate
The KEEP shield mining promotion exhausted all the promotional tokens within 3 weeks. The contracts were maxed out with cover after a few days. Overall the general view seems to be that it could have been designed in a more fair way, since a few whales maxed out the staking on the contract and took most of the rewards. Additionally since the rewards must be claimed every week there were stakers that had to pay more in gas than the value of the tokens in order execute a withdraw. There is currently a 50k KEEP promotion that rewards .5 KEEP per NXM staked instead of 2 KEEP per NXM stake.

I hope this thread can serve as a jump-off point for discussion. It’s quite possible that we believe our contracts to be secure enough that we don’t want to buy from the curve or go into the treasury in order to incentivize people to stake NXM on dxDAO contracts.

A totally different way to go about it, one that shows a lot of conviction but puts dxDAO in peril of double jeopardy would be to become a member in Nexus mutual and then stake NXM on our contracts in order to earn premiums from those who are buying cover. However if there is a problem with a hack on the protocol level then not only do we lose funds from the hack but also lose the NXM we had staked in order to pay back those who purchased cover.

Also, another observation is that KEEP price, as with many other defi tokens have been facing a lot of sell side pressure pushing price down. Not sure if potential shell mining stakers would hold their DXD to take part in dxDAO ecosystem or not…

Good post. I don’t fully understand what nexus mutual is covering right now.
If there is a bug on Omen or Dxswap is it covered ?

If not does DXD will add all the sub protocol in nexus mutual. A specific one for omen, rails, etc…

As a nexus mutual holder i did like the shield mining on TBTC. I did sell them too… Is there a way to distribute DXD but with a lock up ? In that way NXM holder will have the time to discover DXD and create a relation with it. If they discover DXD they might buy some to expose them to the sort term price movement

It’s my understanding that if you buy cover on Nexus for ‘dxDAO’ it is only covering the Treasury contract and possibly the bonding curve. Any bugs on Omen, Dxswap, Mesa, etc. are not covered.

That’s interesting to see about distributing shield mining rewards with a lockup.