In my previous proposal period, the DXdao development efforts were consolidated to have more focus on Governance and Swapr. As a result, I moved to DXgov team, and have been working on DXvote. As I mentioned in my reflection on the previous contribution period, the whole DXgov team has quickly adapted, with regular releases and a lot of new features and improvements delivered. 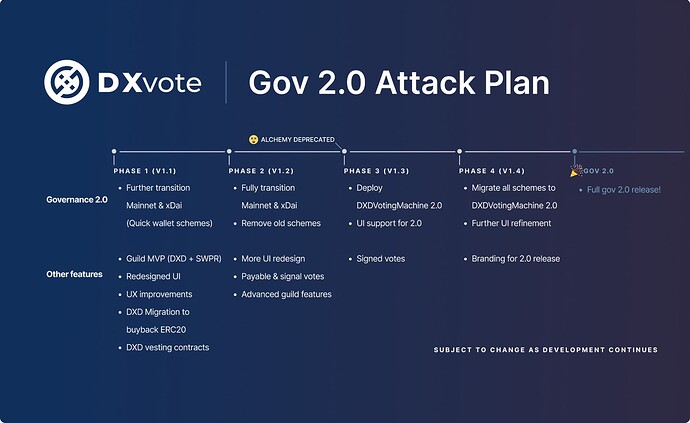 My contributions will align with the DXvote Attack Plan. Right now we’re focusing on getting Phase 1 completed.

Over the past couple of months, the DXgov team was quite focused on building the guilds MVP implementation. We’ve been working alongside the UI designs by Geronimo, and have completed a good chunk of the UI already, even among the holidays.

Personally, I took a proper vacation after a while and also graduated from university, so the past couple of months have been quite a fun ride.

Because my proposal period overlapped with the holiday period, I had reduced availability in December. I’m reducing my second month compensation to 70% which I believe is a more fair number with regards to the work that was completed.