How to use the Scheme Registrar in Alchemy

How to use the Scheme Registrar in Alchemy 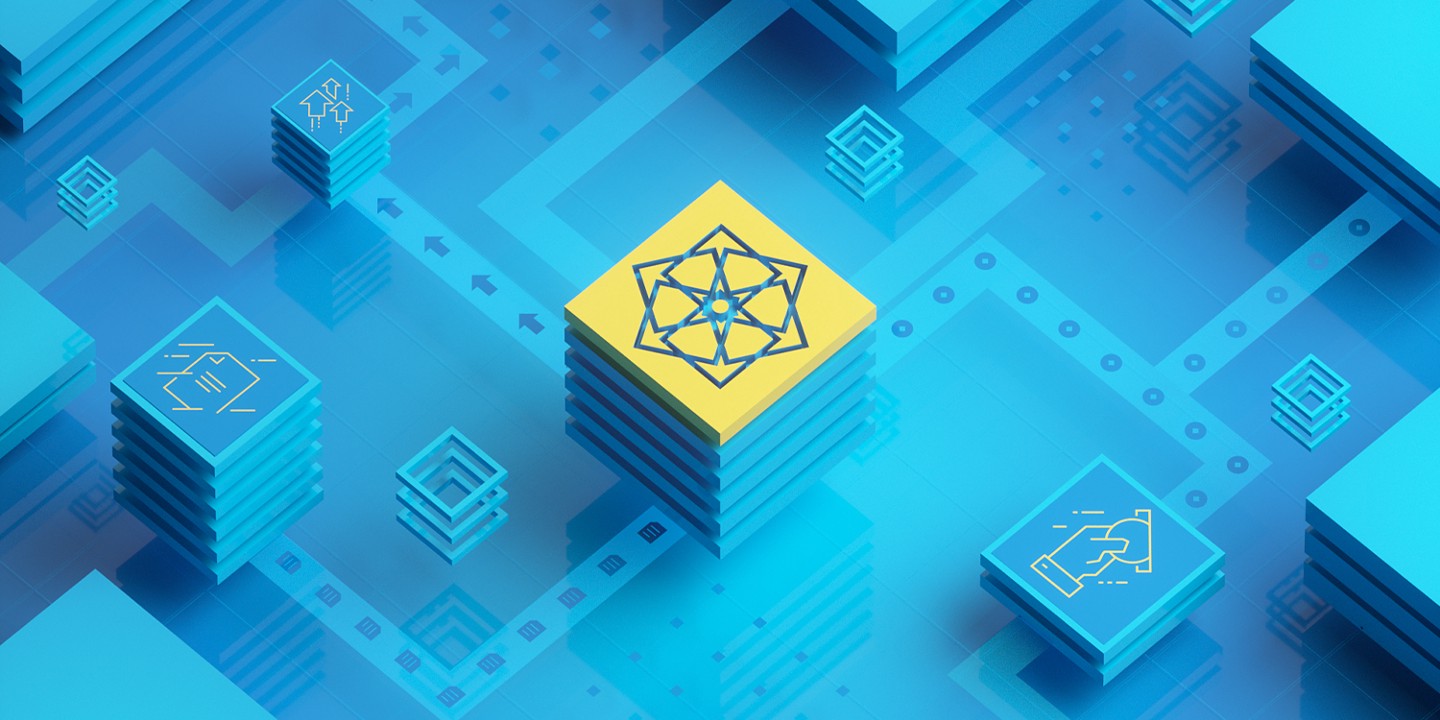 This overview is for advanced Alchemy users with a strong background in blockchain and smart contracts. New users and beginners should read this post to learn how to use Alchemy.

A recent update to Alchemy has added the beginnings of a vital DAO feature: the ability for DAOs to modify their own structure. This comes in the form of the scheme registrar scheme, which enables adding, editing, and removing elements of a DAO called schemes.

Schemes, pictured on the right in figure 1, are chunks of smart contract logic that define the actions a DAO can take. A couple of typical examples are:

The scheme registrar scheme, as its name suggests, allows users to submit proposals that change the schemes registered in a DAO (specifically, to add, edit, or remove schemes). This means DAOs built on DAOstack will now be able to change their own structure, adding new features, modifying parameters, swapping out voting machines, and more.

At this point, using the scheme registrar’s full capabilities requires some technical know-how, but some basic functions are accessible to all users. Navigating to the scheme registrar and clicking to create a new proposal will lead users to this screen: 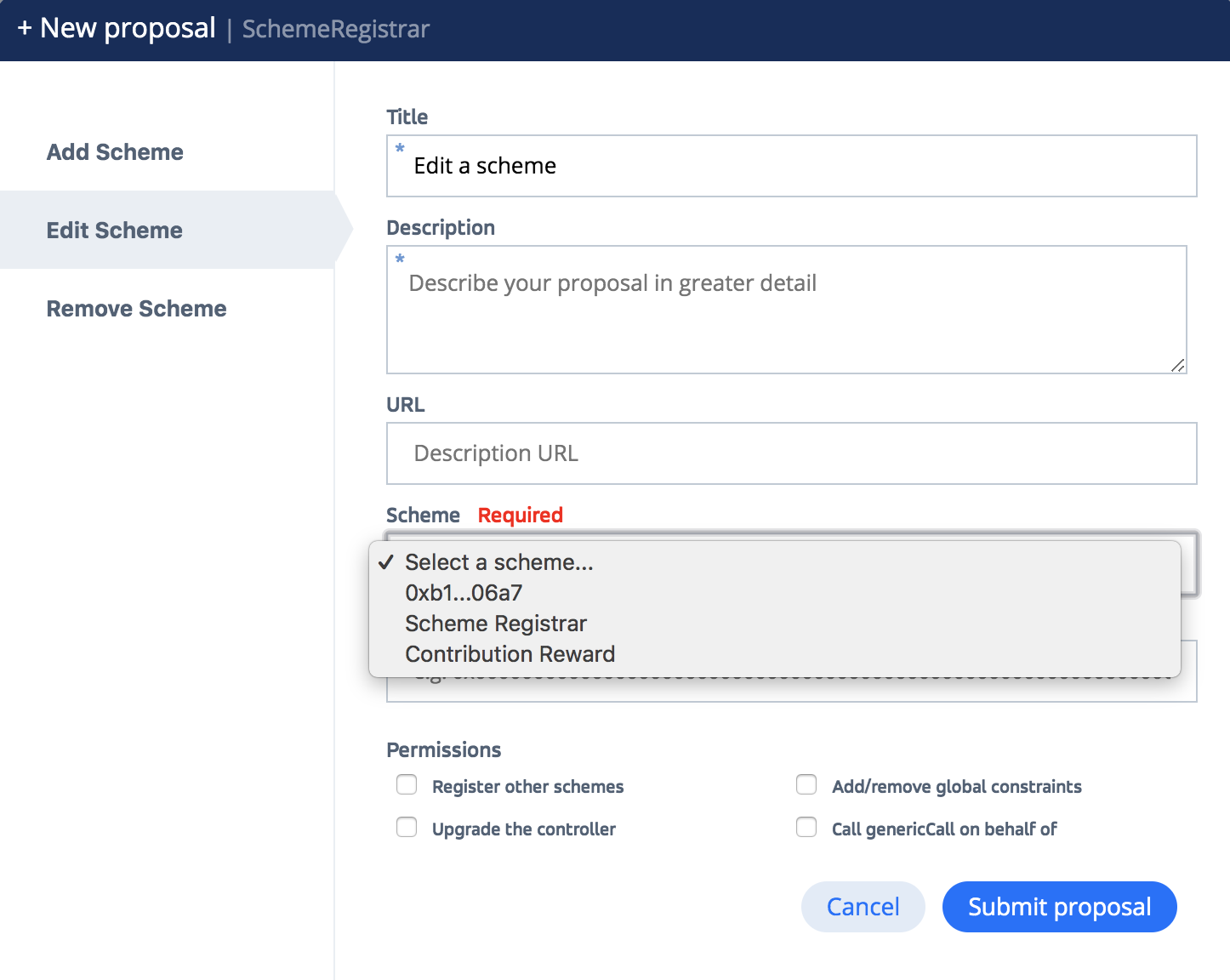 The three scheme registrar proposal types are visible here: add scheme, edit scheme, and remove scheme. Each category provides a list of schemes available to it by default. When removing existing schemes, making proposals is straight forward: select the scheme you’d like to remove, fill in the remaining information, and submit the proposal.

Editing or Adding a New Scheme

Scheme registrar proposals to add or edit a scheme may require the use of the permissions check boxes at the bottom of the proposal creation window (figure 2). These check boxes represent the permissions required by the scheme being added or edited:

For now, we recommend reading through the smart contracts to fully understand these permissions.

Adding a new scheme requires the user, likely a smart contract developer, to have the address for the scheme they want to add (which they may have attained by writing and deploying the scheme themselves), and then create an “Add Scheme” proposal pointing to that scheme, granting it whichever permissions it requires.

We won’t give a technical example of adding a scheme here, but for editing an existing scheme, we’re providing a step-by-step guide, featuring the example of changing the parameters of the Genesis Protocol for the Genesis DAO. Many of the first DAOs built on DAOstack will be running this protocol, and there are various reasons those DAOs may want to adjust the parameters as they go:

Relevant Ethereum addresses to have on hand: 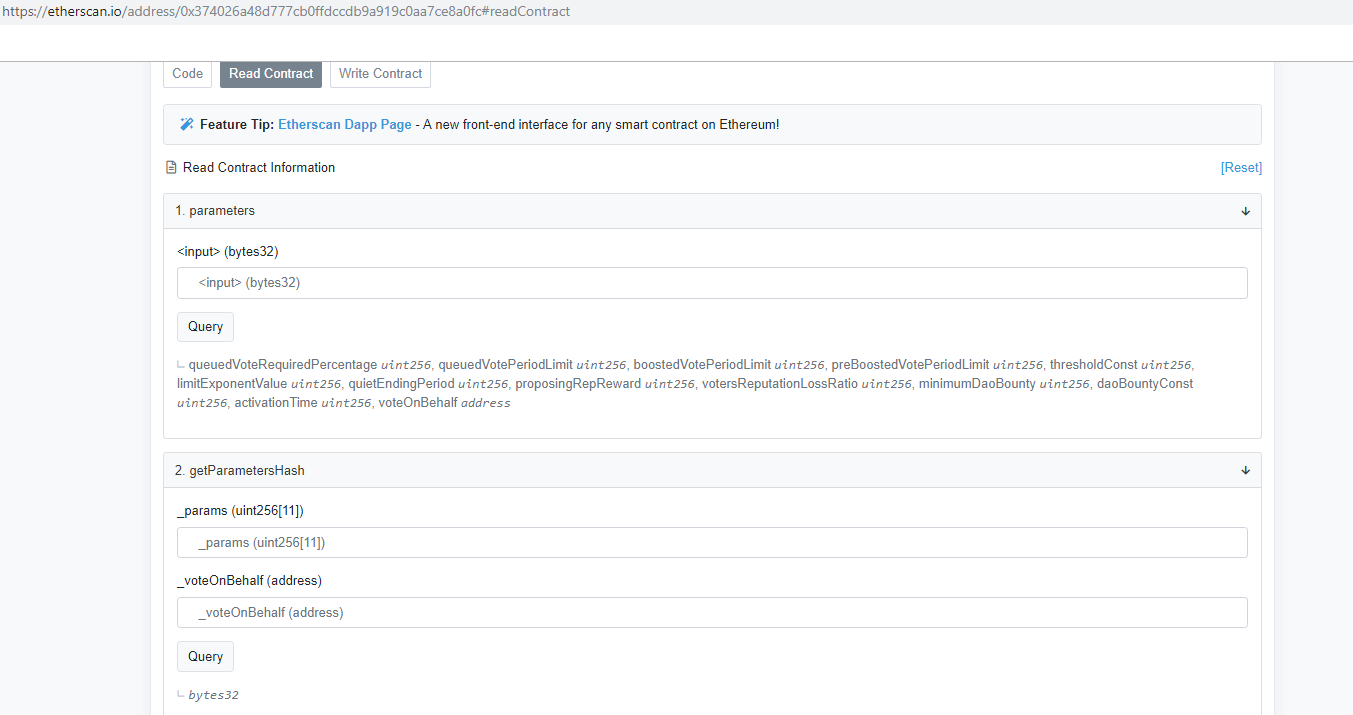 Configuring ContributionReward with the New Parameters:

Proposing the new configuration in Alchemy: 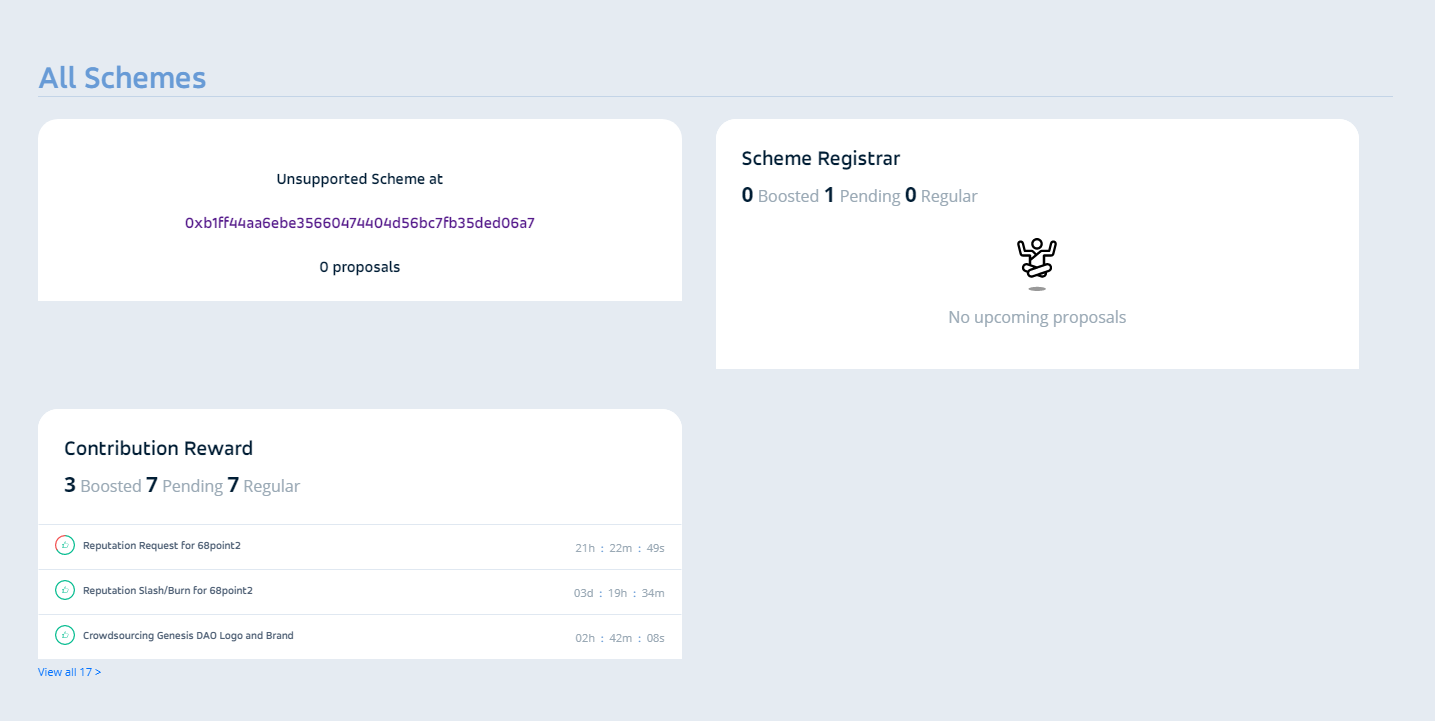 Finding the scheme registrar in Alchemy. Please note that currently schemes that are not supported by Alchemy’s client display as “Unsupported Scheme at…”

For different DAOs, follow this same process but make the proposal in that DAO (the DAO must be using the Genesis Protocol as its voting machine). Special thanks to Jordan Ellis of dOrg for the step-by-step guide.

In terms of user experience, the Scheme Registrar is still in its early stages, and we expect only more technical users will want to dive into the full details. Despite that, we felt it was important to put out this initial guide, because we know some DAOs may want to take advantage of the Scheme Registrar’s flexibility right away.

This is the beginning of DAOs having the power to radically self-define, increasing their autonomy and increasing the DAO ecosystem’s iterative speed. We need more experimentation to uncover the best DAO structures, and the ability for DAO’s to self-change will help us learn those lessons more quickly.

Look forward to upcoming guides covering other new schemes and features in Alchemy as they are rolled out.

It’s in there! Right under params. You’re just putting in a null address anyway since we’re assuming people aren’t using that right now (it’s for sort of putting in voting middleware, if I understand correctly).