How is the dxDAO's focus defined?

Hi there, I’m very interested in the dxDAO and see myself participating. I’m really curious to see if and how, as an organization dxDAO will outperform traditional management structures.

Am I right in thinking that predictors (fisherman) are looking and betting on proposals that they think the DAO will vote yes on?

If that’s the case that means that predictors are predicting what it thinks the DAO will go for, not always what is good for it. Why I bring this up is because I think it means that the success of the DAO comes down to it having a reputation amongst predictors that is well known and its decision making is aligned to public, rational and sound principles.

The reputation can come from analysis of past votes but it will take time to build this database. In the beginning, how will the DAO signal to the predictors what its intentions are? Its focus and its goals? More importantly, how do the DAO’s goals align with the individual members of the dxDAO?

I’m assuming that the dxDAO’s focus is to:

If this is the focus, does it become ratified and promoted prior to the DAO and the DAO may change it with a vote or does it start out with no focus and defines it focus via voting? Does the DAO’s focus get built into incentive scheme for members or are those incentives built over time with voting?

Really looking forward to this experiment. Lots of great learnings will come from it.

Thanks for those thoughts @Graeme - spot on!

I think incentives of predictors, voters and theDAO in general are highly interlinked and it is not possible to look at one relationship isolated.

A few examples:
Voters/ stakeholders of the DAO benefit from an active predictors - doing an unpredictable/irrational vote would drive predictors away and weaken the DAO. On the other hand primarily voters should nevertheless be concerned about what is best for the DAO.

The incentives of the initial set of voters are of course crucial. We wanted to give it some initial direction by a) giving this DAO the dutchX as an asset to start with and maybe even more important b) defining a specific method to allocate the initial distribution. We do NOT postulate any specific focus/ first actions and we will fully step back from the DAO once it is launched. Thus it will really be to the first voters/ proposers to give the dxDAO an initial direction which will have feedback loops an predictors and following proposals.

However - I want to point out factor b) again.
50% will be given to MGN holders. This will be dominated by the most active traders like market makers/ liquidity providers. In addition 38% are given to token and ETH holders. We think that is a good mix of people that actually get “their hands dirty” and use DEXs at the current state and long term holders that are generally committed to Ethereum and token Dapps. We think this specific set of people will shape the direction of the dxDAO beyond the initial starting point (the #dutchX).

Thanks for the reply Martin.

I think the approach of focusing on reputation distribution as opposed to a manifesto is pragmatic because at the end of the day the voting behavior will be driven not so much by a manifesto but the incentives of reputation holders.

The distribution looks reasonable, interested to learn how the distribution was decided? For example why MGN holders get 50% as opposed to 51%? Were models used to test various distributions, something like this? 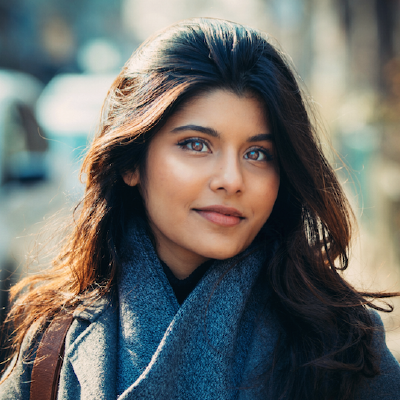 Was there was any economic or political philosophy/theory used to inform the distribution? Would be awesome to compare theory/models prior to the start of DAO to how it turns out practically to gain learnings.