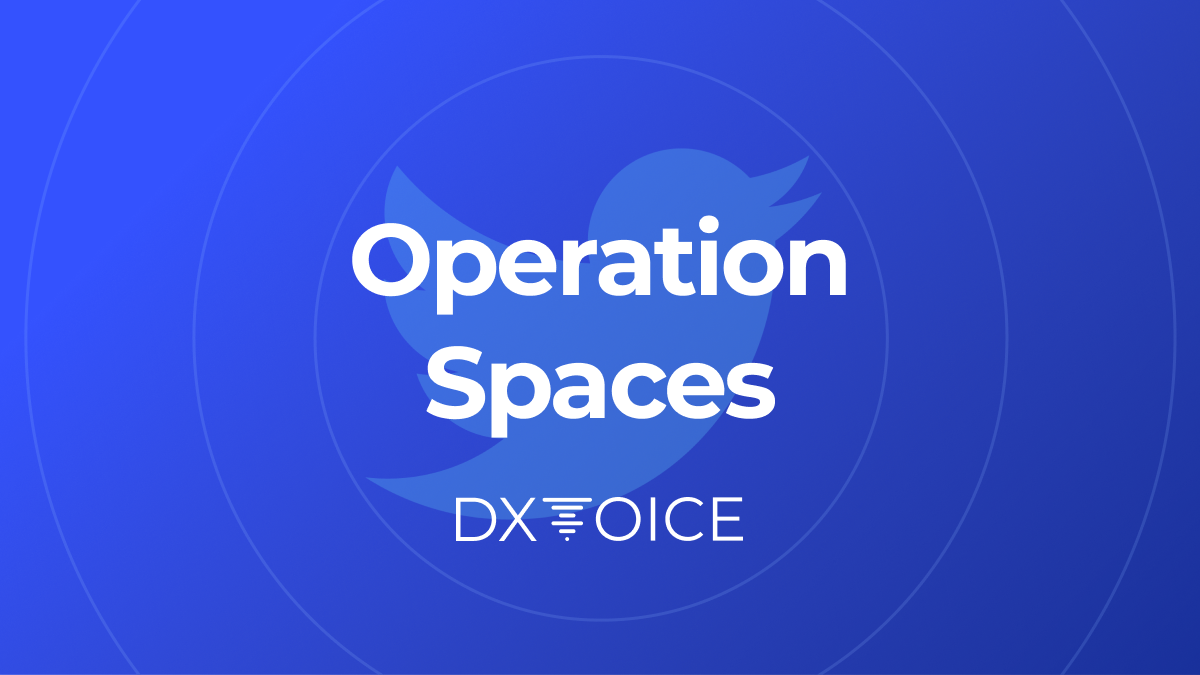 DXvoice introduced the DXdao Community Call in 2021; humbly beginning as an extension of the Thursday “recap” calls, DXvoice took the best qualities of the informational style calls and combined them with previously missing direct community interaction. This was often done in the form of proposed topics from within the community, AMA style segments, open stage access, etc… Although the community call remains the most successful weekly meeting, regularly garnering 20-50 participants, there still remains a large gap in DXdao’s community building arsenal… outreach!

Discord is a fantastic tool for building communities. It provides far more control, personalization, and intimacy than competitors such as Telegram, but it has one major flaw: Discord is extremely defensive. If you’ve spent some time in various crypto or NFT communities you probably already realized this. You don’t discover communities through Discord, but rather stay up to date with them. You will rarely find new Discord communities internally in Discord, instead you will find the information externally, such as on Twitter or project websites. Considering all this, what can we do to our community calls to stoke the flames of growth?

The “operation spaces” plan, if enacted, would move the Community Call cadence from the current weekly schedule back to bi-weekly. The current calls would remain the same, focusing on DXdao specific topics and information, but would simply be reduced in quantity. On the other weeks that are now open, DXdao will be hosting a much more aggressive call through Twitter spaces. Twitter spaces differentiate from Discord stages in that you don’t need to be involved with the community to be notified or join the meeting. Spaces are shared with the followers of any speakers when they enter the stage - including any guests.

The primary benefit of this format is to increase community outreach; to make DXdao the household name of decentralization in the ecosystem. Will the introduction of spaces work? Maybe… maybe not. Spaces do a great job of compounding engagement, while low engagement calls will likely remain that way. This is why it’s important we touch on broader subjects and invite a variety of guests and opinions to speak. It’s also important that these calls transition from solely spaces to a larger media and content strategy as it evolves.

As mentioned above, nothing is quite set in stone. Every other Thursday, DXdao will take the stage in a special Twitter Space (to be named) on the official DXdao Twitter. Keenan will MC this call, taking more of a podcast style of programming. The agenda will be filled predominantly with special guests, and focus on relevant ecosystem topics rather than raw DXdao information and content. These calls will feel much closer to an interview or podcast than our current programming, and will receive some post-processing love to be consumed in a podcast format.

Each call would generally start with an introduction of the show including any featured guests of the day. The agenda would be loose, including a collection of various topics throughout the ecosystem, topics relevant to the guests and anything relevant to DXdao’s operation and product suite. Conversations will be dynamic and fluid, at times akin to a debate. Disagreeances and heated discussions could be frequent and would be welcomed. In an ideal world, several speakers from DXdao and several speakers from the guest party would take the stage. 5-10 participants willing to speak to each topic.

Throughout the process, various ways to involve the community will be explored. At the start, when focusing primarily on Twitter Spaces, the community can get involved by creating topics (topic competitions?), joining the speakers on stage, leaving questions, live polls, etc… Once we transition to a more established production at a later time, the world of community interactivity expands further.

So… what do you think? Should DXdao dip its toes into more content and broader discussions in the ecosystem? Leave your thoughts below. Depending on the community response, the above plan may be enacted in the coming weeks.

Should DXdao move its community call to bi-weekly, and introduce the “Operation Spaces” plan for each other week?

6 Likes
Announcing “Operation Decentralization”, A podcast for DeFi, DAO’s and everything in between