As a followup to the DXdao Expenses Update last month, squad leads estimated their next 6 months of expenditures to prepare a budget to be presented to REP holders. This is an important step to greater autonomy for squads and for more accountability for DXdao governance on resource allocation.

I’ve combined the squad budgets and reconciled them into a single excel spreadsheet (download here) that gives a line item budget for the next 6 months.

Here’s a snapshot with all of the squad info put together:

These numbers correspond to line items on the Other Costs sheet as well as on the Contributor Costs sheet, where there’s a % breakdown of contributor time across squads (as from before, this was taken from individual proposals as well as my own assessment).

You can look more granularly at the squad level by clicking on each Squad’s sheet. For instance, here is DXvoice’s: 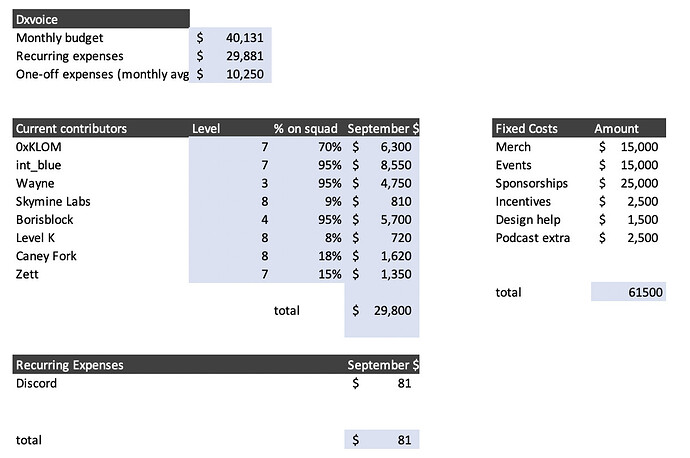 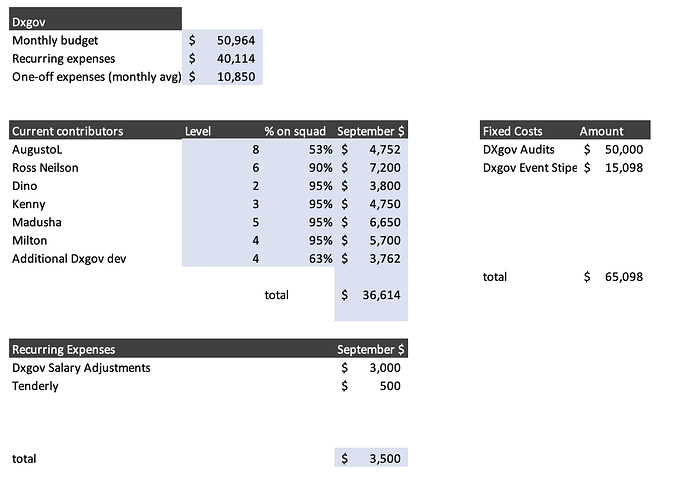 (slightly adjusted from Ross’s post). You can see all of the squad breakdowns by downloading the full excel worksheet.

In terms of how this budget differs from past expenses. The breakdown below compares the upcoming budget with the expenses over the previous six months (Dec ‘21-May ‘22).

You can see here that the budget increases the overall monthly spend by $34k. Looking at the specific squads:

Let me know if there are any questions, feedback or corrections. Check out the squad specific budget posts: