Overall, DXdao should increase its usage of its own capital on Gnosis Chain with the following goals:

The hardest part is coming up with how to exactly deploy the capital.

Stable coin pairs are less interesting mainly because Curve does a good job of supporting these pairs on Gnosis Chain.

I think we could either co-provide capital or acquire some tokens via token swaps with projects where appropriate. It would be good to have a tool for trustlessly co-providing capital to a pair. We talked about this for a while and we should focus on getting it done. If we have the right mechanism, we might be able to get other communities to participate in this growth program as well.

I think a reasonable amount of capital to commit to Gnosis Chain is around $10m total. If we have about $3m already committed, this leaves room for another $7m.

Personally, I think Swapr will get more attention on Gnosis Chain if DXdao uses its own capital rather than trying to “farm” it with SWPR rewards. In fact, if we slow the distribution of SWPR rewards, implement a reason for people not to sell SWPR and then grow Swapr leveraging internal DXdao capital, I think this will help SWPR price.

To give some possibilities, some pairs DXdao could focus on are:

There is lots of flexibility for providing capital.

Pinpointing the exact pairs to focus on will take time and can be a step by step process.

The below snapshot gives a good overview of the top pairs on Gnosis Chain DEXs. You will see that after the top 5 to 10 pairs, the liquidity isn’t too substantial. Swapr could have the largest liquidity for many pairs. There are also a number of pairs that are against a USD token. Maybe these tokens against WETH could be a better pair. 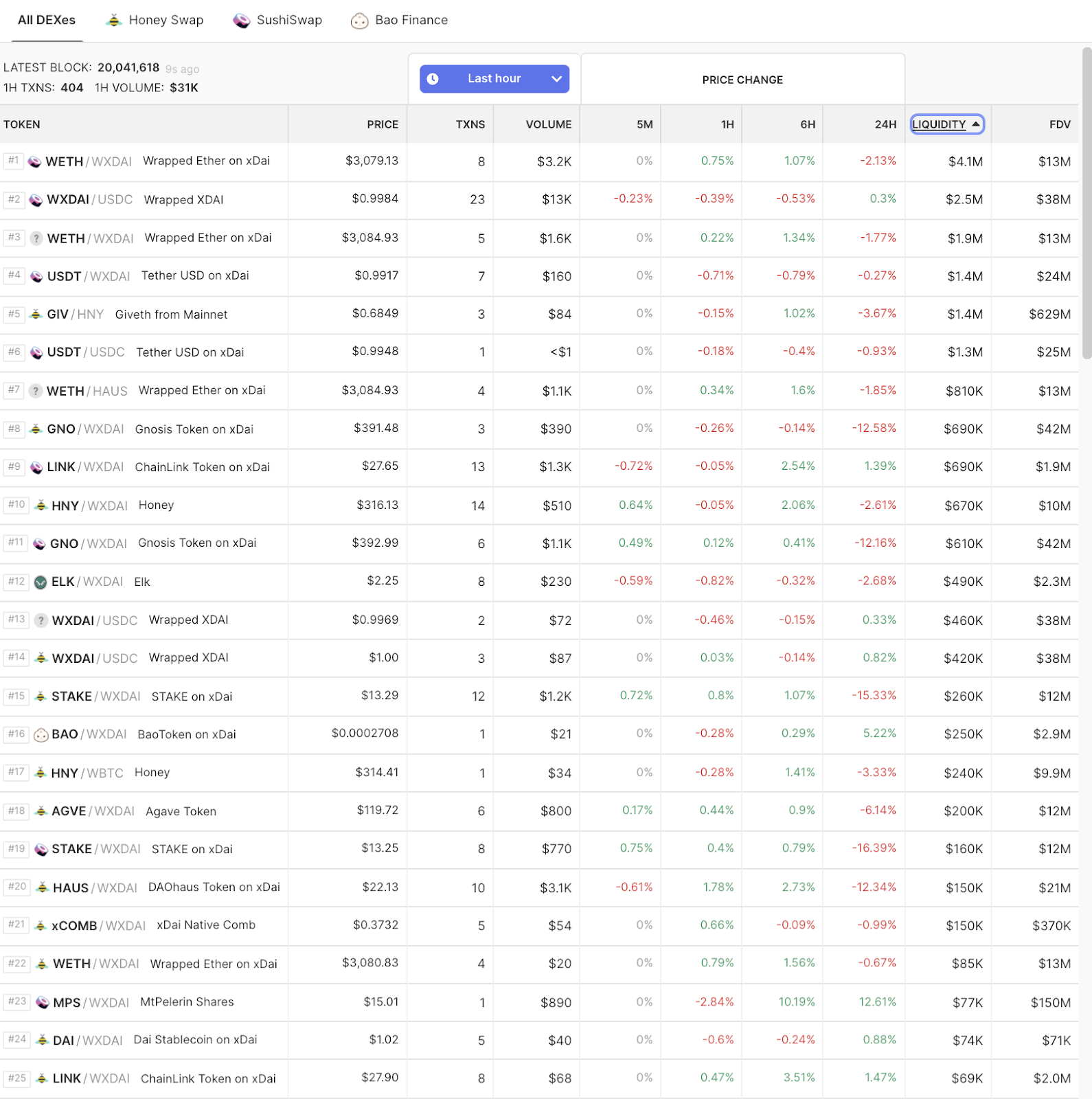 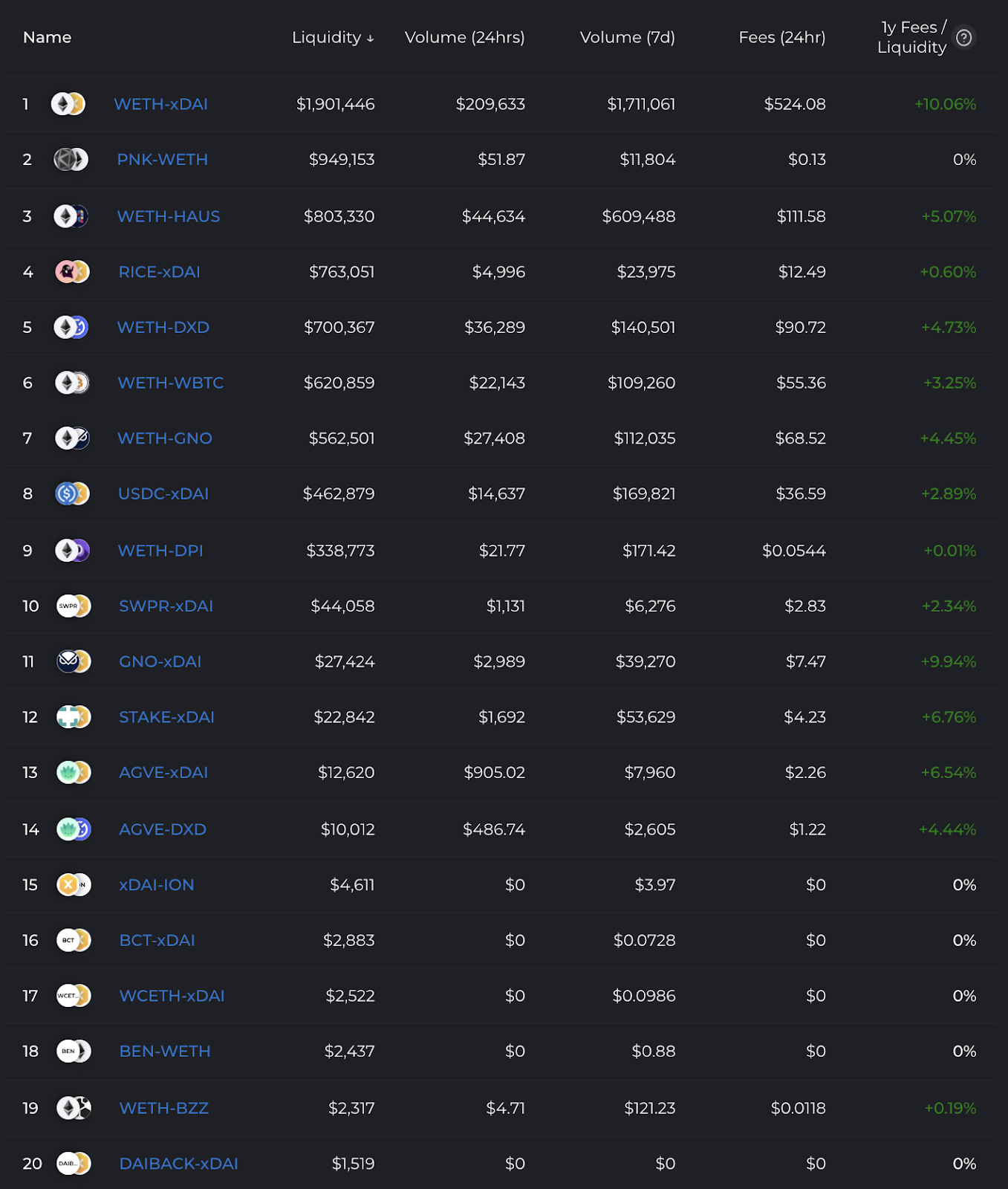 DXdao doesn’t have to do this all at once, but it would be good to set a strategy and start implementing it via the movement of capital and acquisition of tokens.

This conversation ties in with Swapr farming strategy so it might be good to discuss this at the Fortnightly Farming Sync.

Gnosis pools in Swapr have almost the same TVL as that of those on Arbitrum, but double the fees for the last 7 days. % is compared to the total for the 3 networks. 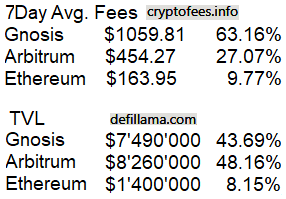 Please share your thoughts and ideas for other pairs to focus on.

This seems like a no-brainer to me. GNO-WETH in particular might be a great pair to deploy liquidity for.