(Inspired by recent events, chat with various members in Keybase, and conversation in the BizDev call)

Tl;dr It’s a Curve fork, but with proper governance. 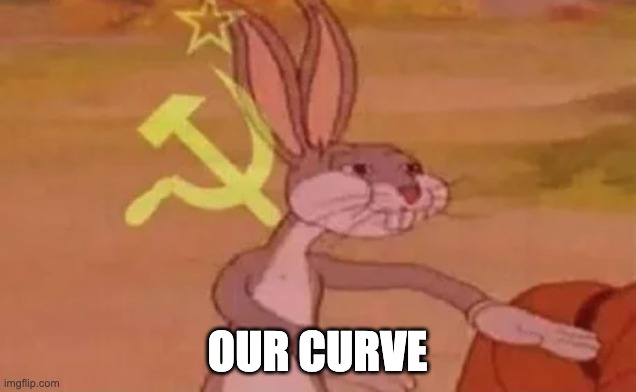 Seizing the means of yield from fake DAOs and VCs

Given that the governance of Curve has proven to be less-than-decentralized, is there room for the DXdao to work it’s magic?

CRV was quite successful before any governance. It’s attractiveness comes from exceptionally low slippage for stablecoin trading (or trading between other price-equivalent coins, like tokenized BTC). LPs are drawn to the low risk of impermanent loss.

What can the DXdao offer that’s different?

For the core curve mechanics, there is nothing different in this proposal at the moment. Liquidity begets liquidity, which makes it hard to compete with the existing Curve.

DXCurve can offer some liquidity mining incentives, but will these LPs stick around?

Perhaps there is a potential partnership with the YFI community who may not be fans of Curve team mega-whaling them, after the community locked their CRV tokens for 4 years.

New pools with different assets that emerge is always a possibility. You’re betting that DXgoverance can do better.

At some point, DXD holders can get benefits from their DXD ‘costco membership’. Curve is a part of the DeFi ecosystem that has proven demand, so it makes sense the DXdao would provide that service at some point.

I’d give this project a 5/5 for technical forkability.

However, the DXdao would likely want a different governance mechanic, which could have any range of complexity…

The easiest thing would be having some sort of liquidity mining for governance.

I’m personally against liquid voting tokens. I think we’ve just begun to see the attacks that will arise from this.

Illiquid voting can be achieved by non-transferrable REP like DXdao, or by requiring long-term locking of tokens in order to participate in governance.

A more conservative approach would be not doing a governance distribution at the start, and keeping governance in the DXdao. Goverance could be exited to community at a later time. 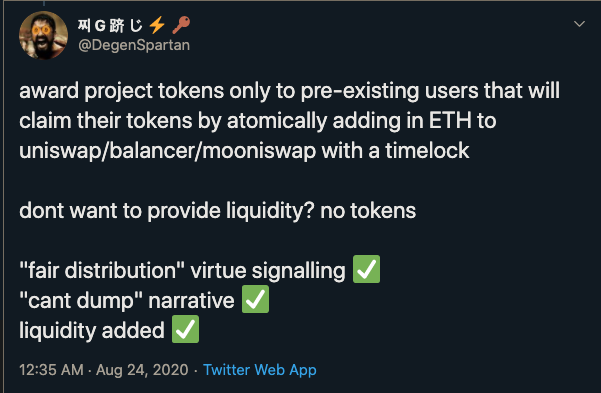 This brings to mind an interesting discussion point - Will every DXdao project use the same core governance of the DXdao? Will some be separate, and more like a close partnership? Will there be ‘subDAOs’ that operate different protocols?

Technically, this governance could be achieved by the usual suspects - an Aragon DAO, or a compound governance module. DAOStack could be an option too if the ability to interact with any contract is handled in a more painless way (which it could be, via a GenericGenericScheme, but the UI isn’t designed for this)

What would this project bring to DXdao?

I’m curious what people in the community think. At the very least, I think it’s an interesting exercise to explore the design possibilities in DXdao forked products.

DX Inch seems like a easier target, since 1Inch is actually fking up.

I understand the sentiment. Going further into this ‘forking’ product approach is one of the potential directions for DXdao, and it will probably be quite controversial. DXswap is more benign in relation to that perception at this point, as a lot of projects have forked or expanded upon Uniswap.

If a meaningful expanded set of mechanics can be developed, akin to what Balancer and Curve did with AMMs, I think that aspect will diminish as well. Also any forked projects like this will need strong synergies within the DXdao ecosystem, like with the Mesa launches going on DXswap.

I’m curious what your primary objection is to the DX{project} concept.