We’ve been working on an implementation of a Competition scheme, also known as a “top N of M” scheme. I initially talked about it in this dHack DAOtalk thread.

The Goal has been to create a scheme that is more suitable for hackathons than the current Contribution Reward. I didn’t think anything should be specifically developed for dHack and so the scheme has been designed to be generic and usable by all DAOs.

The main innovation here is that the scheme will add a new DAO decision mechanism. Instead of a boolean **Pass / Fail result, a two-stage system is introduced:

In this scheme, the reward could be 0 for a social consensus competition, and N =1 for only one winner. Imagine a poll where participants each submit a suggestion to answer a subjective question, and then the DAO votes. An example question of this sort could be:: "What should we do with the Reputation cap?”, with suggestions such as:

The suggestion with the most votes would “win” this signaling competition."

After the DAO has agreed to launch it, the competition has 3 stages: \

A simple example is a Genesis logo competition, where the top three submissions (suggestions) are rewarded:

Description: We want a new logo and would like to run an open suggestion to decide which one is the best

Number of times a reputation holder is allowed to vote: 2

This is the Scheme’s design, as you can see the voting machine (“Top N of M”) sits outside of Arc, meaning that this scheme can be used with different voting machines. \ 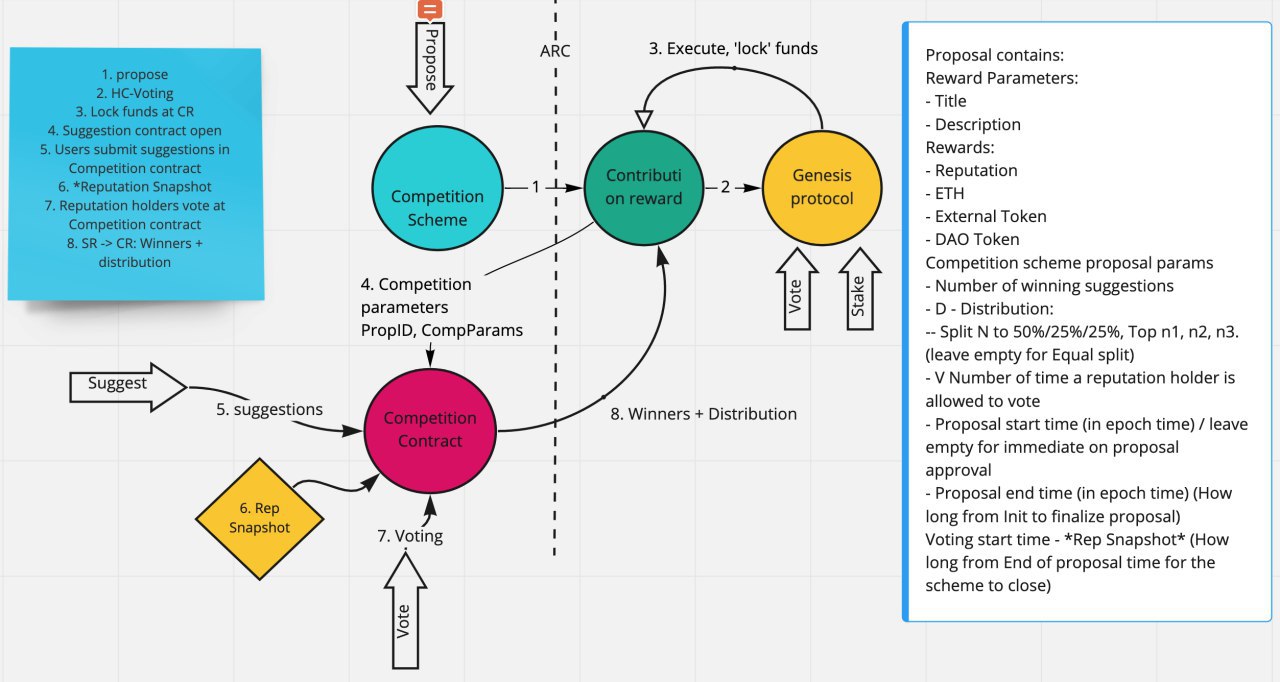 This is a tricky one where I would love comments and feedback so we can send something out that has a clear language that users can understand quickly. \

This is what the scheme will look like, there are still some differences and we’re finalizing the design in the upcoming days, but feel free to comment.
(The proposals screen is exactly the same as the proposal stage is identical to a contribution reward proposal) 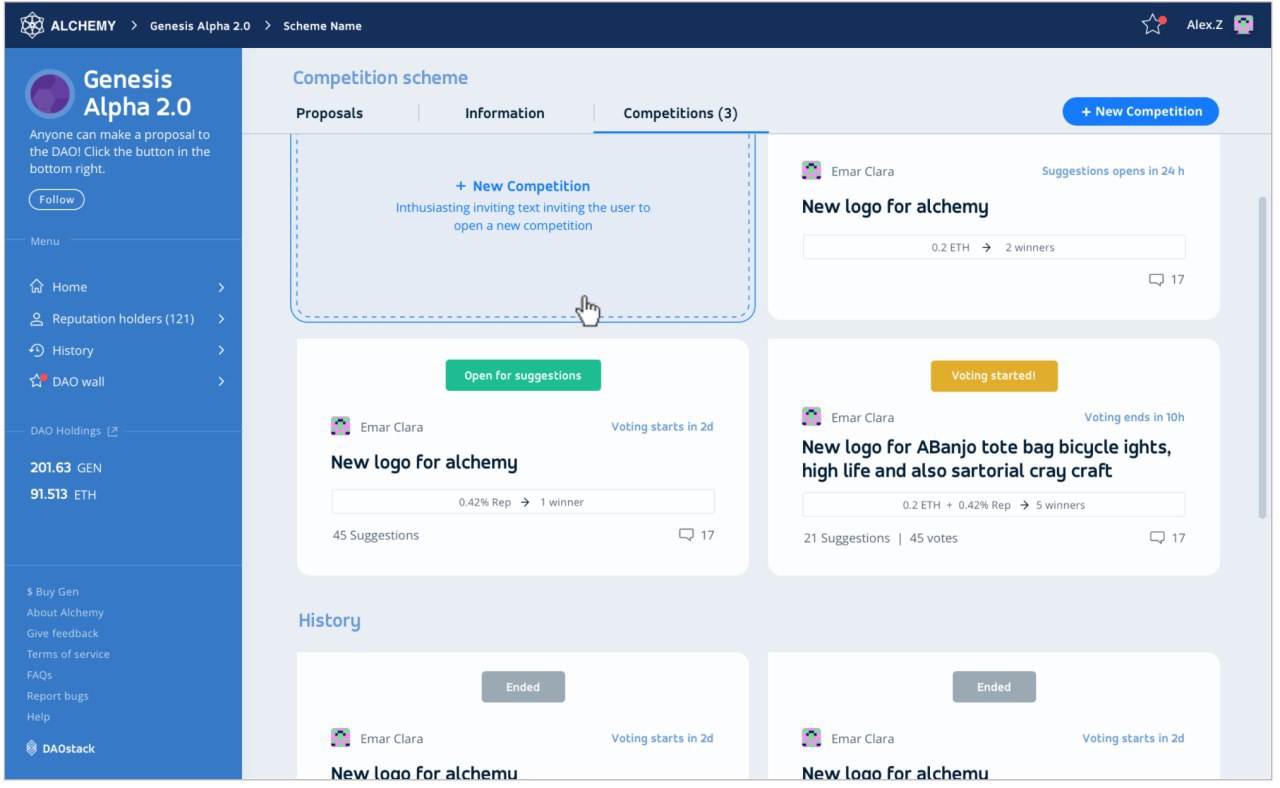 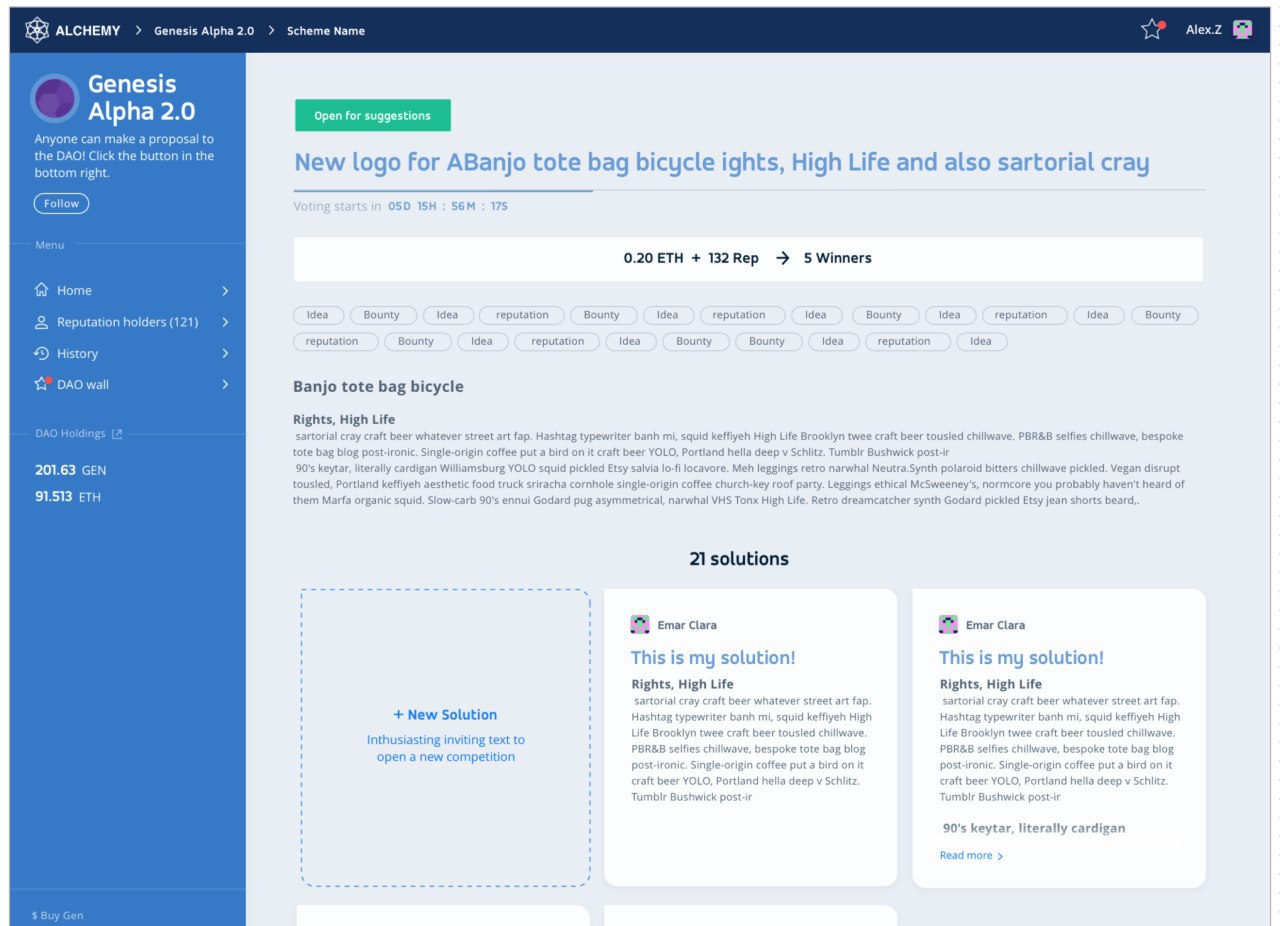 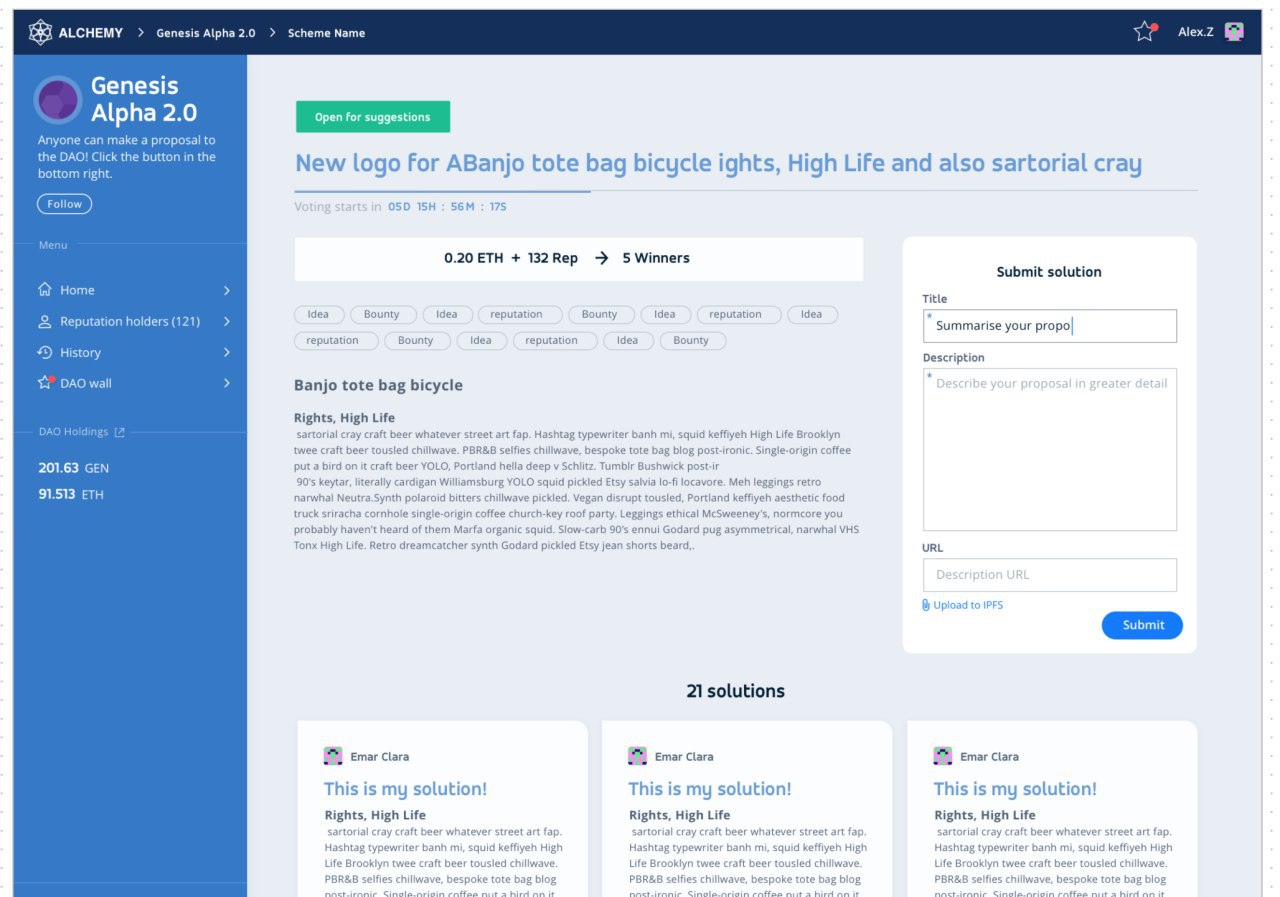 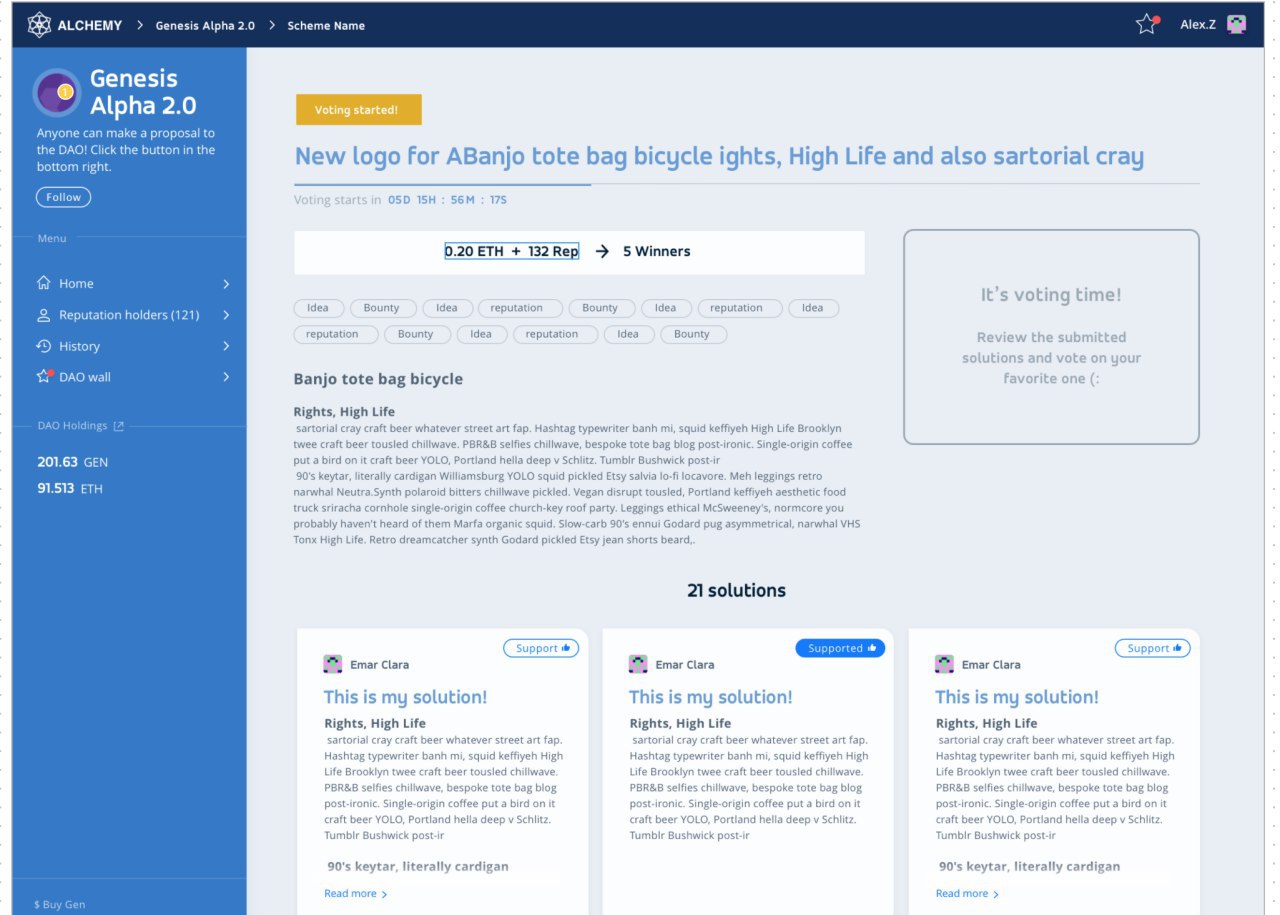 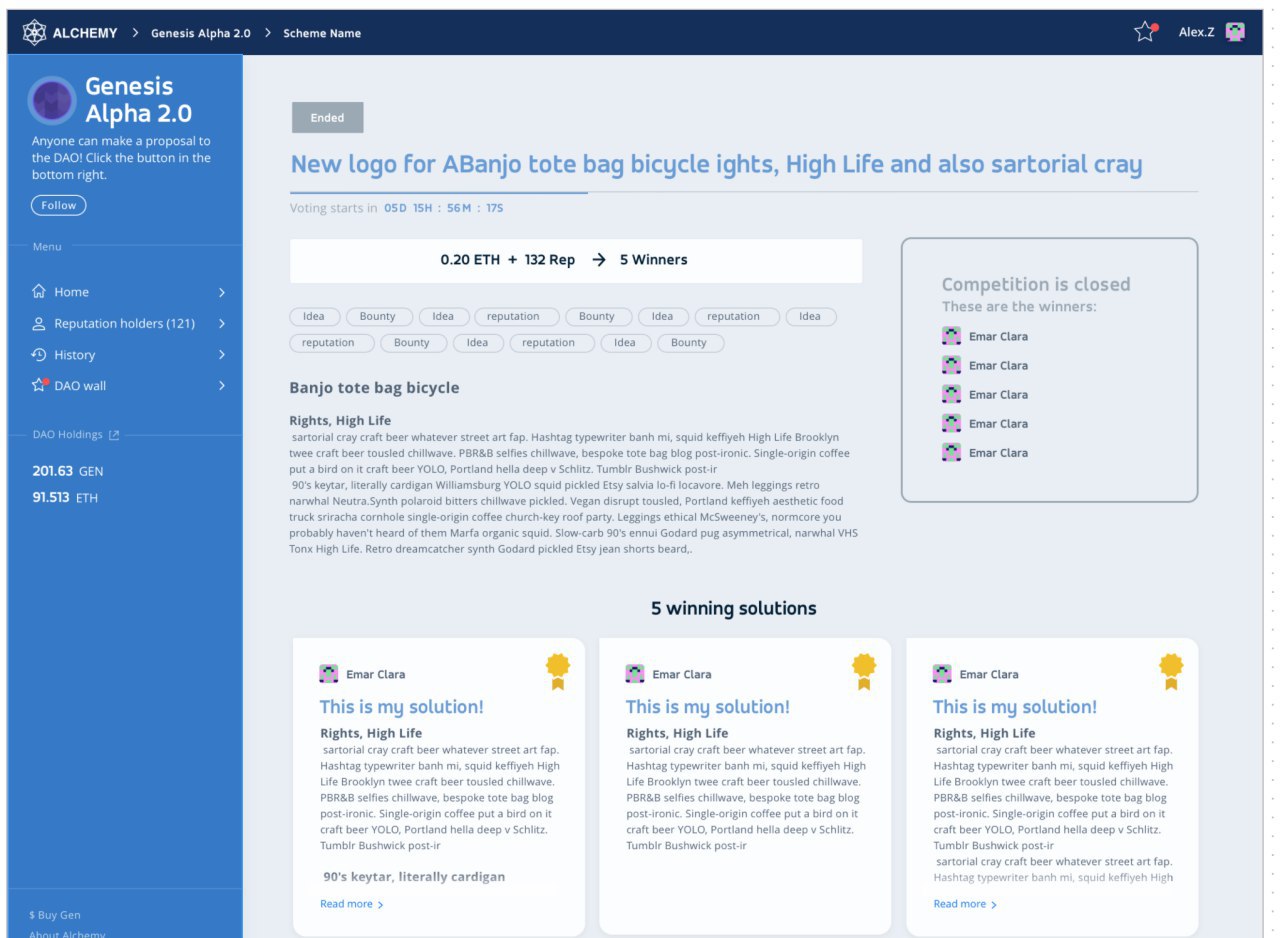 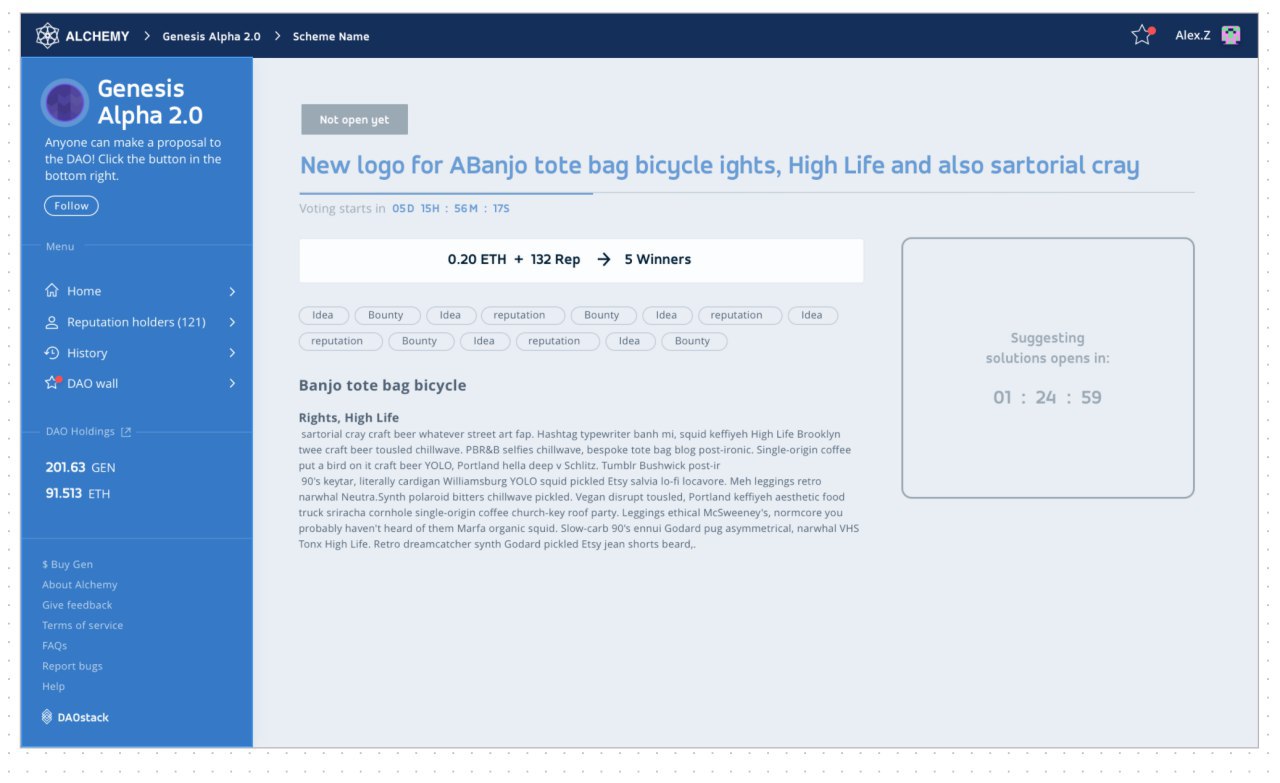 Could this “platform” (or whatever you want to call it) be used to allow a multi-phased multi-vote proposal to come into effect?

If some rando comes in and tells GenDAO they can do “Awesome thing XYZ” for 20 ETH it would be great if there was a 2-phase “startup” and “completion” aspect rather than either
a) Telling rando to get lost, it’s too expensive and they are unknown
b) Saying yes and getting ripped off when rando underperforms or runs off

2 phase payout solves this to some degree (yes, lots of caveats and other variables that could be added). Curious if this is friendly to that scenario.

The simple answer is yes, but just not at the moment. It will require some extra development for “Escrow Scheme”

In the current model the competition contract runs with a set of parameters and functions to find the Best N of M proposals. if you wanted to lock someone’s for a purpose like you mentioned you have no way to ensure no one else can’t make a submission and take the funds. It’s designed as an open competition and you can’t lock the funds for a specific address.