Discussion relating to the PolkaDAO, a community-run DAO supporting the Web3 Foundation. 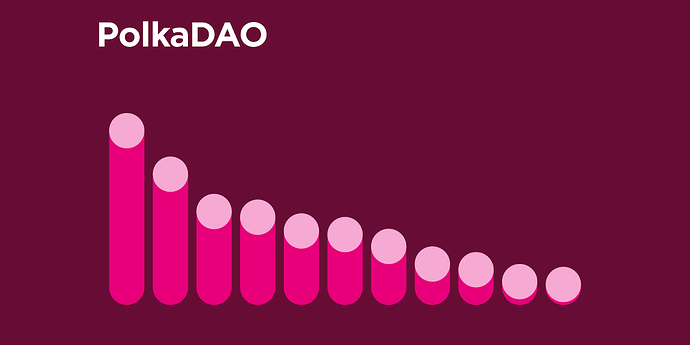 Background
Web3 Foundation is endowing a community-led decentralized autonomous organization (DAO) with $10,000 in DAI to fund proposals related to Polkadot. Anyone in the world can create a proposal for something they want to build, and DOT holders vote on whether or not to fund the proposal. DOT holders will have voting power (REP) proportionate to their DOT holdings. Think of this as a trial run for the future Treasury DAO that will be funded from block rewards on the Polkadot relay chain!

Potential Ideas
The goal of the PolkaDAO is to fund community projects, such as aggregation websites (a list of projects building on Polkadot, such as Polkaprojects.com , or an Infrastructure Directory of projects in the ecosystem), a user interface to show what Polkadot is capable of (a UI that lets you visually architect multi-chain DApps), a tool for prototyping and architecting multi-chain DApps via a UI and scripting interface, or cool visualizations of the different actors in Polkadot and how they interact to run the network (explaining the relay chain vs. parachain, a nominator vs. a validator).